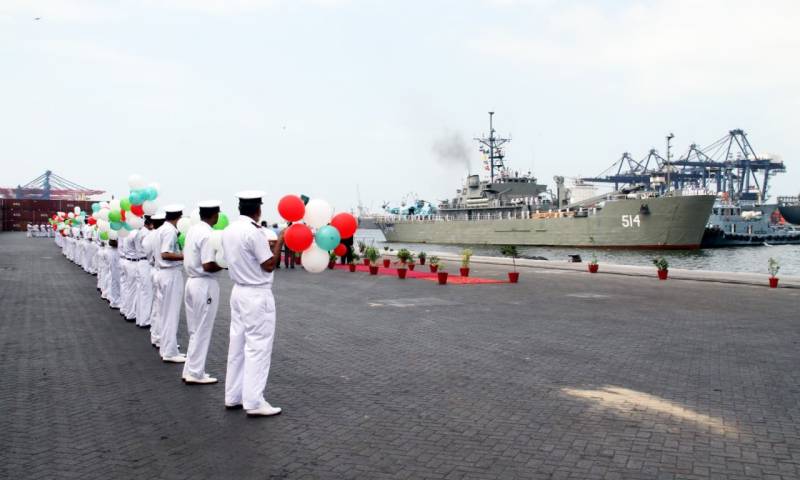 Teams from nine countries including Bahrain, Finland, Netherlands, Norway, Pakistan, Poland, Qatar and Russia with Palestine as an observer are participating in the championship.

Championship will be held from October 28 to November 1, wherein J-80 class boats will be used in match racing format.

Vice Admiral Syed Arifullah Hussaini speaking on the occasin said that holding of this event in Pakistan is a great honour for the country and praised the concerted efforts of the Organizing Committee.

He also acknowledged and thanked the presence of President CISM for gracing the event.

He highlighted the importance of the event in integrating relationships among the world militaries.

The Chief Guest further added that the event will not only promote "Friendship through Sport", but will also bring world militaries together to further enhance cordial relationship.

He paid tribute to Chairman Joint Chiefs of Staff Committee for patronaging this important event.

Earlier, official CISM representative (OCR), Colonel Vethoven gave his welcome address and apprised the audience about the importance of the event.

He hoped that the championship would be conducted in a befitting manner, in which all events will be contested in true spirit.

Conseil International du sport Militaries or International Military Sports Council (CISM) was established on 18 February 1948 which is one of the largest multidisciplinary organisations in the world.

It organises various sports event for Armed Forces of member countries with the ultimate goal to contribute to world peace by uniting Armed Forces for the sports.

The motto under which this organisation operates is 'Friendship through Sport'. CISM annually organises over twenty Military World Championships for different sports in which all member nations can take part.

A large number of civil and military dignitaries also attended the ceremony.