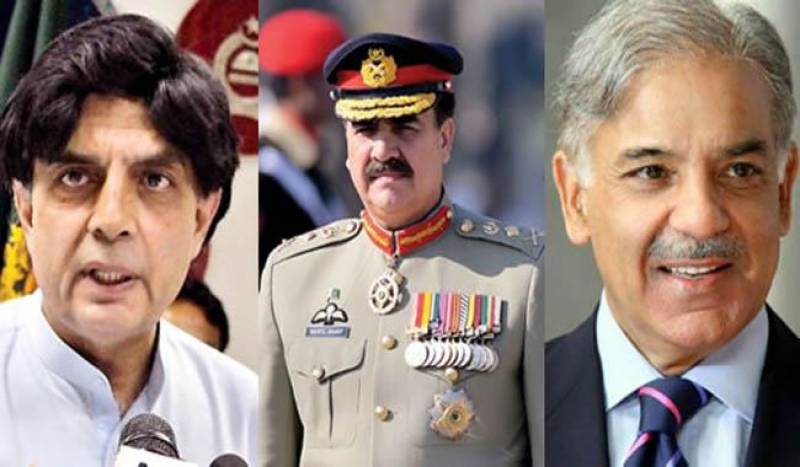 Matters relating to the current political situation and the unprovoked Indian firing at the LoC and the working boundary were discussed.

Chief Minister Shehbaz Sharif also discussed matters relating to the deployment of Pakistan Army in Islamabad on the eve of lock down of Islamabad by PTI.

Reports had surfaced about the differences in the civil and military over the issue of fake dawn story which was reportedly fed by the government ranks.

Cyril Almeda story of Dawn has become a bone of contention between the civil and military.

Corps Commander had termed the leak dawn story as national security breach and demanded action against the culprits.

The action is still awaited.

DG ISPR has also confirmed the news of the civil military meeting.

Army Chief has expressed reservations over the investigations results and the recommendations and demanded from government to take concrete action against those bureaucrats and ministers who are responsible for the planted Dawn story.

However sources reveal that meeting which was held on the desire of political leadership could not produce desired results.

Civil Military differences still persist until concrete action is taken against the responsibles of the planted Dawn story which had mounted to national security breach.