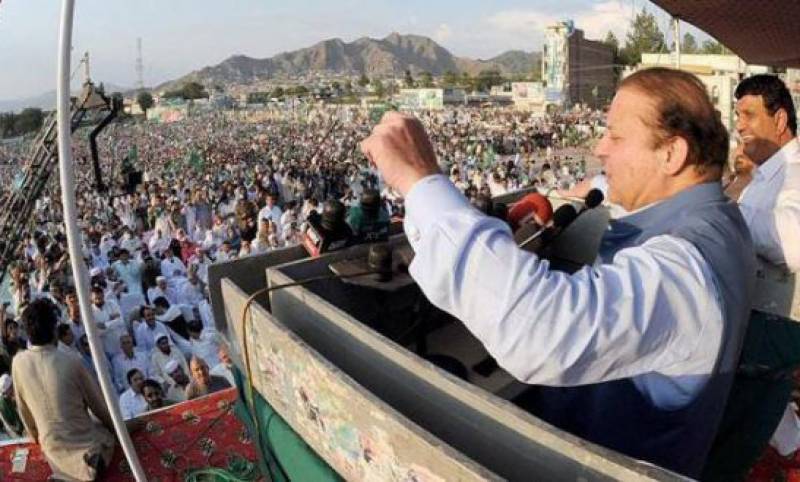 KOHAT (APP): Prime Minister Muhammad Nawaz Sharif on Friday said the government's consistent journey of economic stability and development had panicked the Opposition, which had sensed its political demise in 2018's general election.

"Pakistan is about to become a developed state and the same is worrying the Opposition, knowing that its politics will meet its end if the government's successful journey continues uninterrupted till 2018," the Prime Minister said while addressing a public gathering here at the Qila Ground.

The Prime Minister, who arrived here on a day-long visit to lay foundation-stone of project of gas provision said the people realized that which political party had in fact taken steps for their prosperity.

"By Allah's grace, Pakistan Muslim League-N will come into power in next general polls and will continue its agenda of serving the masses," he told the audience chanting slogans in support of the party.

Nawaz Sharif said the provincial government of Khyber Pukhtunkhwa claiming to 'bring a change' never focused its energies on the uplift of the province.

"In my view, there should be a 'change' in KPK and we are going to bring that real change based on development," he said.