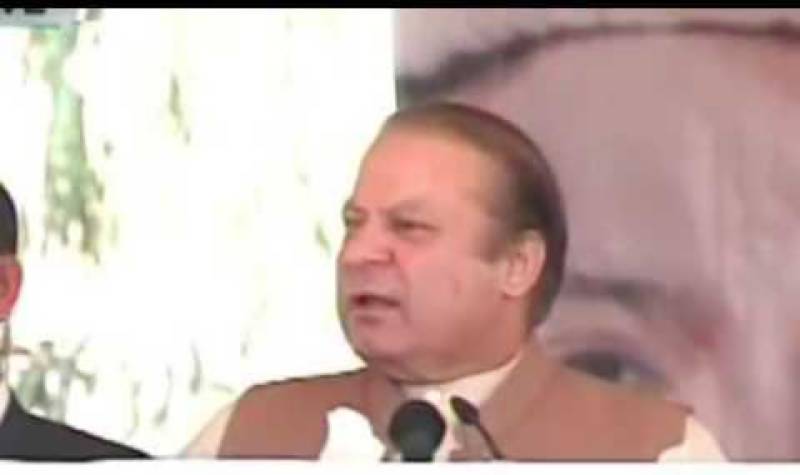 KOHAT: The Prime Minister announced a development package for Kohat including projects of gas provision, highways and roads, a hospital, railway service and a university's campus for women.

He performed ground-breaking of the gas project costing Rs 3.9 billion, which will benefit the locals of Kohat, Khushal Garh, Shairkot, Alizai, Nusrat Pur, Dhoda and Chorluki.

He said a highway to be constructed from Kohat, Jand and Pindi Ghaib would link to motorway, reducing the travel distance upto Islamabad and Peshawar.

Also, Kohat-Karak-Sarai Gambela road would be expanded and would also touch motorway, he added.

He mentioned that Chairman National Highways Authority had been directed in this regard and the construction would start soon.

The Prime Minister announced to set-up a state-of-the-art hospital in Kohat, where the poor patients would be treated free-of- cost.

He also announced of setting up a women campus of Kohat University in the city.

The Prime Minister said a rail-car service would be initiated on experimental basis from Rawalpindi to Kohat and vice versa.

He announced grant of Rs 200 million and Rs 100 million for Kohat's district and tehsil councils, respectively.

Nawaz Sharif said no government in the past ever considered on launching these development projects for the people of Kohat.

He said the country today was making rapid progress and mentioned that China Pakistan Economic Corridor (CPEC) would usher in an era of prosperity in the country.

The Prime Minister vowed to completely end the power loadshedding by 2018.

He said terrorist incidents in the country had reduced to a large extent and paid tribute to the sacrifices of armed forces, police, administration and the nation.

He said efforts were in progress for the rehabilitation of displaced persons of the North Waziristan military operation.

Nawaz Sharif said the world was acknowledging the economic turnaround of Pakistan, adding that the recent appreciation by head of International Monetary Fund (IMF) was a compliment for the country.

He said the development projects would end poverty and bring opportunities for the youth in the country.