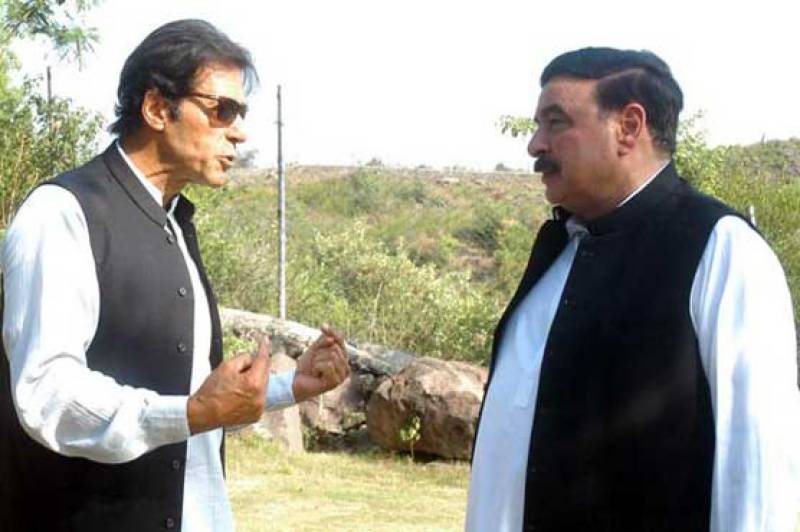 A letter written to Deputy Commissioner Islamabad on Friday, the DCO Rawalpindi said an application was submitted by Muhammad Riaz, Office Secretary of Awami Muslim League (AML) on October 22 to hold Jalsa, proposed to be held at 2.00 pm on October 28 at Bohar Bazar Rawalpindi in which Chief of Pakistan Tehrik-e-Insaf (PTI), Imran Khan was also invited.

This is essentially an unlawful assembly in view of restrictions imposed under section 144 Cr.P.C.

The letter elaborated that upon receipt of aforementioned reference, City Police Officer, Rawalpindi and Senior Superintendent of Police (SSP) Special Branch, Rawalpindi were directed to furnish their reports/comments/recommendations, keeping in view all aspects of proposed event.

In response, the SSP Special Branch confirmed that Jalsa is proposed to be held at Main Bohar Bazar where buildings and houses exist. In addition, the Main Road is thorough fare and there are congested markets all around.

Because of these reasons, the place is not suitable, therefore, the Special Branch did not recommend permission for holding the Jalsa.

Moreover, in a report, City Police Officer has recommended that permission to hold Jalsa must not be given in view of prevailing security and law and order situation.

The DCO said in view of explicit reports of security and LEAs, the permission to hold Jalsa proposed to be held at Bohr Bazar on October 28 is not granted.

Since PTI Chief is likely to attend the proposed Jalsa, it is requested that Imran Khan may be restrained from participating in this Jalsa which is essentially an unlawful assembly in view of restrictions imposed under section 144 Cr.P.C. as his participation may lead to serious law and order situation and pose serious threat to maintenance of peace and tranquility in Rawalpindi.