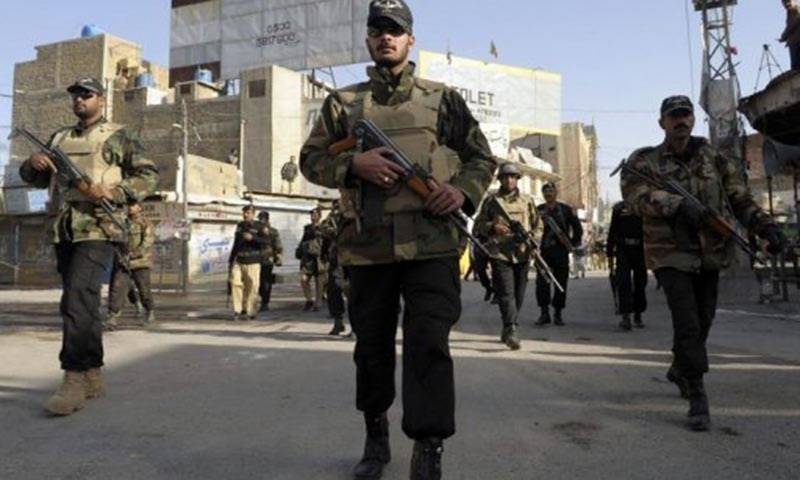 QUETTA (APP): At least four terrorists had been killed and three police personnel were injured in a gun battle took place between security forces and terrorists in Hazar Ganji area, on outskirts of Quetta, late Thursday night.

Police sources said following intelligence information about presence of alleged militants in a house in Hazar Ganji area, police along with other law enforcement agencies launch operation and cordoned off the house where the militants had hided.

They said the police had asked militants to surrender but they opened indiscriminate fire at law enforcement personnel who also retaliated against the attack. "The gun battle between security forces and armed militants resulted in killing of four terrorists," Deputy Inspector General, Quetta Range, Abdul Razzaq Cheema said.

He said the militants hurled hand grenade on police which left three policemen injured, adding there was intelligence tip-off about presence of four to five terrorists in the house in Hazar Ganji area.

The exchange of fire between security forces and militants was continuous till filing of this news story. "More contingents of law enforcement personnel have been called in to assist the security personnel who have already been engaged in shootout with militants," he said.