Indian government martyred yet another Mosque in UP
28 May, 2021 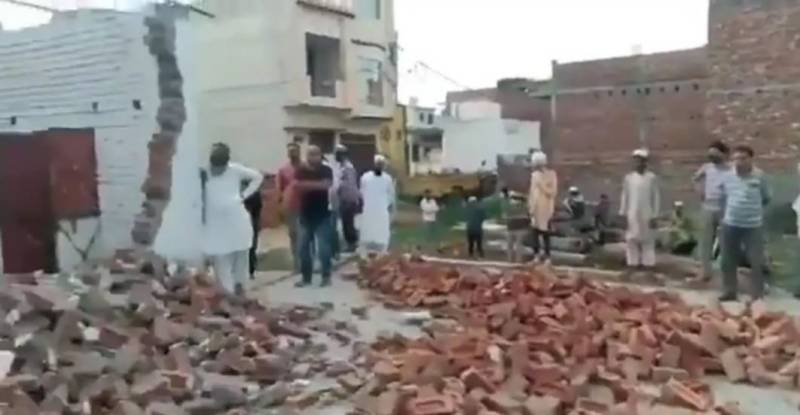 After martyring a 100-year-old mosque in Bara Banki district of Uttar Pradesh, India, the state administration has forcibly martyred another mosque in Khatoli area of ​​Muzaffarnagar district.

According to Indian media, the locals claim that the property belongs to the Muslim Waqf Board and the police have martyred it without any reason.

Local journalist Arif Shah said in a tweet that this is the second incident after the Gharib Nawaz Mosque in Bara Banki.

One week ago, the Uttar Pradesh government, ignoring the orders of the state high court, demolished a 100-year-old mosque in the Ram Sinha Ghat area of ​​Barbanki district.