Rangers intensify operation against outlaws in Karachi
28 May, 2016 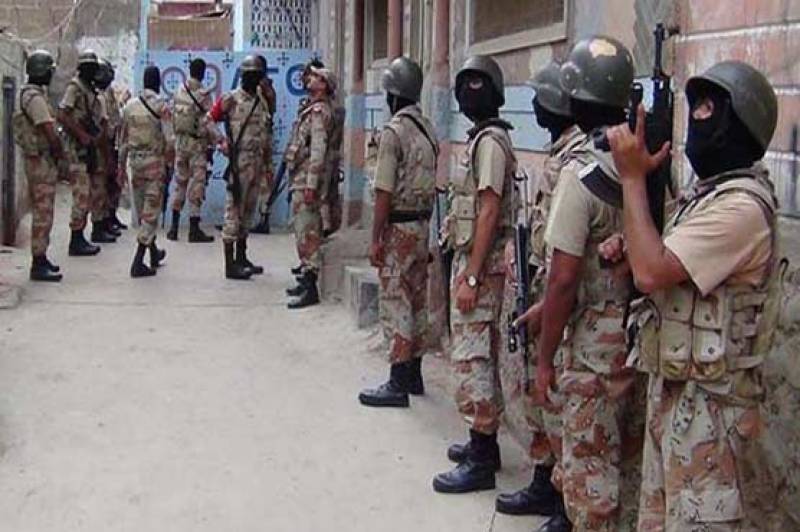 KARACHI: Rangers have intensified operation against outlaws in Karachi as three hardcore terrorists have been killed by Rangers here at Friday night and recovered huge cache of arms and ammunitions from their possession.

As per details, Rangers conducted operation in different areas of Karachi including Manghopir to arrest the terrorists but they started indiscriminate firing on Rangers. In response, Rangers also opened fire and killed three terrorists involved in heinous crimes including sabotaging acts in Karachi.

Rangers Spokesperson said that explosive material, suicide jackets, weapons and detonators were also recovered from the possession of dead terrorists.

In another operation, two terrorists were arrested by Law Enforcement Agencies here at area of Sachal and recovered two Kalashnikovs from arrested terrorists.

SSP Malir Rao Anwar said that the arrested terrorists were planning of sabotaging acts in Karachi.

Gang War agent Aqeel was arrested by police in injured condition after encounter in the area of Lyyari while 10 accused were arrested by Mahmoodabad Police conducting search operation.