Huge budget allocated for federal and provincial PDSP
28 May, 2016 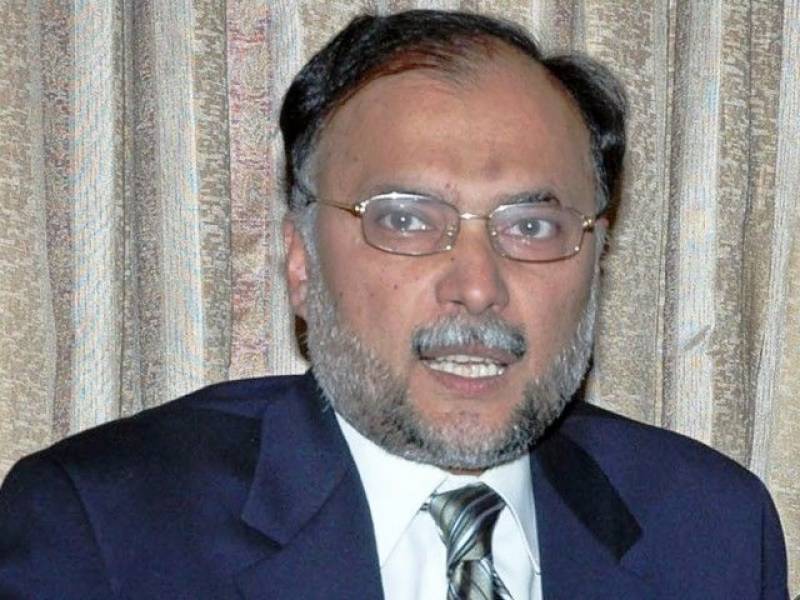 ISLAMABAD: (APP) Minister for Planning, Development and Reforms Ahsan Iqbal has said that the government would allocate the Rs. 800 for federal government and Rs.875 billion for the provinces under Public Sector Development Programme for the year 2016-17.

The Minister informed that the government was committed for increase the economic growth from existing 4.7 % to 5.7 % in the forthcoming budget.

"We require growth in Industrial, agriculture sectors and want increase capacity in energy sector to get the target of economic growth of 5.7%," he added.

He said that under China Pakistan Economic Corridor (CPEC), different energy projects will be completed including the hydel, coal based projects and energy through gas pipelines projects.

He added that after self-sufficiency in energy, country will achieve the goals of industrial growth and objective of economic growth of 5.7 % in coming fiscal years.

He said that Dasu, Diamir-Bhasha Dam projects were priority of the government to get the required energy for economic development in the country.

Ahsan Iqbal said that all infrastructural projects including roads and railways would be completed on priority basis, adding that railways infrastructure will be upgraded to facilitate the people.

He said that in coming three years university campuses would be established in each and every district of the country.

The Minister said that to provide connectivity, Gwadar port would be linked with other parts of the country, the road projects of Gwadar, Khuzdar and D.I Khan and Bhuran projects would be completed in priority basis.

He added that Karachi Peshawar Motorway, Indus highway including Kohat Banu road links would also be upgraded and completed in coming year.

Ahsan Iqbal said that in current years priority was given to CPEC projects, which must be completed in coming years.

He said, the development budget would have to be enhanced to make the country of 200 million people a 'knowledge economy.'

The Minister opined that there was a need to enhance volume of development budget.