CPEC: A milestone in history of Pak-China relations
28 May, 2016 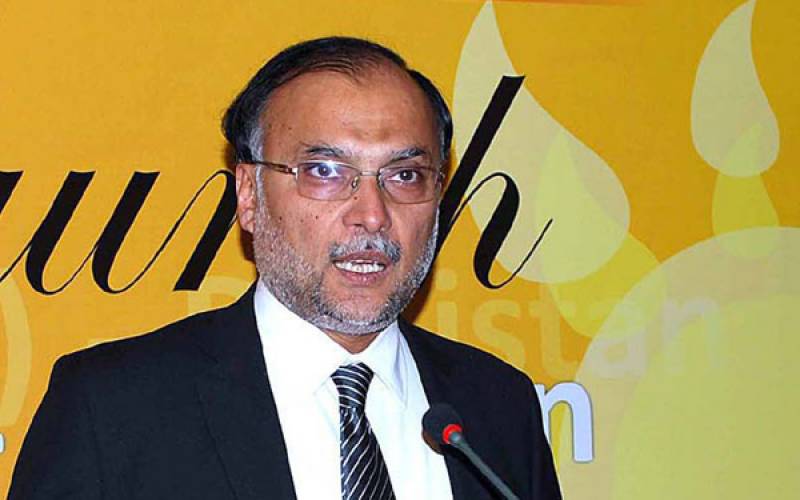 ISLAMABAD: (APP)Terming China-Pakistan Economic Corridor (CPEC) a new milestone in 65 years history of Pak- China relations and both the countries transformed their geo-strategic relations into geo economic ties after signing this vital framework.

Iqbal has said this while addressing a seminar on "Iron Brotherhood" organized by the Ministry or Information, Broadcasting and National Heritage here.

"The past dictatorial regime threw the nation into others' wars, paralysed country's economy and introduce culture of drugs and guns in the society", he said.

However, the present government broke the status quo and started a new chapter of Pak-China relations by signing the CPEC framework for the economic uplift of the country.

The minister said, the CPEC was not only a bilateral project between Pakistan and China but it would connect this region with South Asia and Central Asia.

China would utilize this opportunity to reach markets in Europe and Africa, he said and added, Pakistan would play its role as a bridge between the land and sea routes, he said.

The minister informed that Gwadar port would be developed at a cost of US$ 1 billion, adding, a new airport and roads connecting the port with highways already being constructed.

A hospital, water supply scheme, energy project and employment opportunities would be made available for the people of Gwadar while this city would be brought at par the developed areas of country, he added.

He said that out of US$ 46 billion investment under the CPEC, US$ 35 billion had been earmarked to overcome energy shortage.

About pace of work on the Western route, he said, the construction of the road from D.I. Khan to Burhan would be completed by the year 2018.

He said, Gwadar would be liked with Quetta through road link by the end of this year, adding, Indus Highway was also being upgraded to bring about development and prosperity in the provinces of Balochistan and Khyber Pakhtoonkhaw.

He said, the government was focussing to modernize railways by upgrading its tracks, signalling system, locomotive and bougies.

The railways freight service had been revived by the present government which helped in reducing transportation cost from Karachi to other parts of the country, he added.

He informed, the speed of passengers trains would be enhanced from existing 80 KM to 160 KM after upgradation of tracks in next four years.

The minister said, Thar Coal deposits were sufficient to produce 5000 MW electricity during next 400 years.

He also mentioned about LNG terminal, new transmission line and said, huge allocations had been made for higher education and setting up universities in FATA, Zhob and Gwadar.

Ahsan Iqbal said, under the CPEC, US$ 11.3 billion and US$ 9.1 billion would be spent in Sindh and KPK provinces respectively.

Appreciating Chinese leadership's vision and commitment he said, China reposed trust into Pakistan and its people and announced US$ 46 billion CPEC framework in the time of need.

"We should follow the Chinese model to achieve economic uplift in the country," he added.