CJP regrets absence of dynamic leadership in Pakistan
28 May, 2016 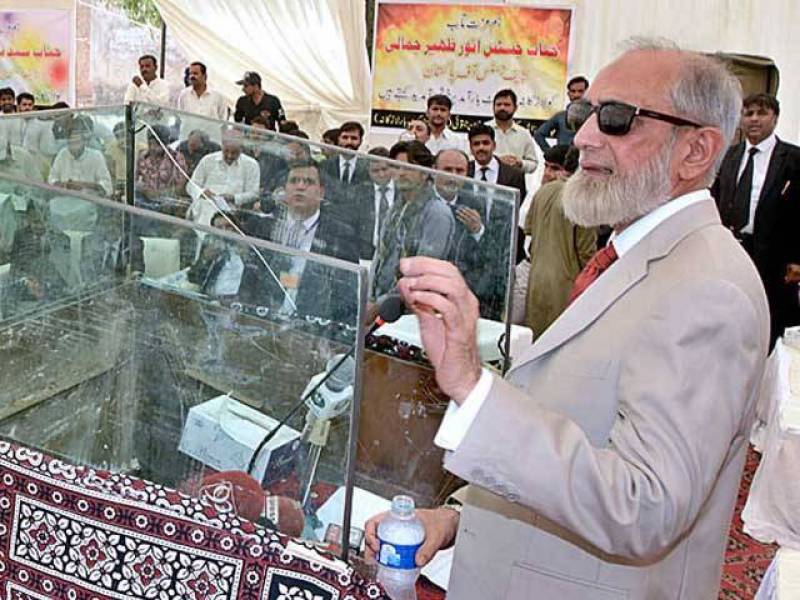 LARKANA: While expressing his regrets over the absence of dynamic leadership in Pakistan, Chief Justice of Pakistan Anwar Zaheer Jamali said that we did not have leadership that could take the nation to the high destinations of progress.

While addressing a ceremony here at today at District Bar Larkana, Chief Justice of Pakistan made it clear that issues would not be resolved until we get dynamic leadership.

Problems could be resolved in a decade if we mend our ways, Anwar Zaheer said adding that those countries that received independence after existence of Pakistan have succeeded to stand among the ranks of developed countries but Pakistan could  not make progress.

He further added that angels would not descend from the heaven to eradicate corruption, nepotism and bad governance as we have to work together to eliminate scourge of corruption.

Country is being run according to constitution of 1973 while country has been ruled forcibly over 30 years and unnecessary legislation was made for their interests, Chief Justice pointed out.

He highlighted that a large number of appointments have been made without any merit in past and no institution succeeded to fulfill its responsibility in this regard, however, now we would have to follow merit if want to bring real change.