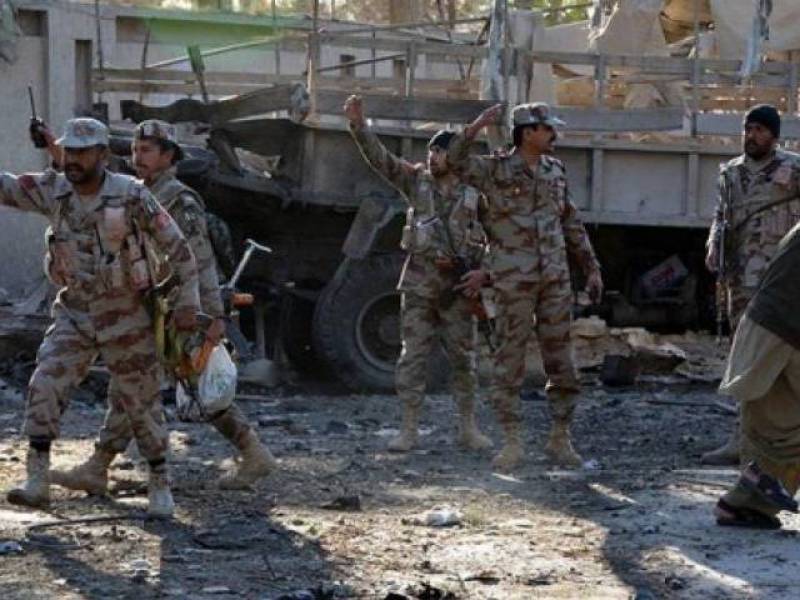 QUETTA: (APP) Two personnel of law enforcement agency were martyred and three others injured in bomb explosion while three alleged militants were killed in security operation in Awaran and Barkhan districts of the province, respectively, on Saturday.

The official sources said that unidentified armed men planted a remote-controlled explosive device in Jhao area of Awaran district and detonated it when a vehicle carrying personnel of Frontier Corps was passing by.

“As a result of the explosion, two FC personnel were martyred and three others were injured," a spokesman for FC said. He said that FC personnel were busy to clear the area of landmines planted by the militants when their vehicle was targeted by remotely controlled bomb blast.

The martyrs and the injured were shifted to hospital. According to the bomb disposal squad, Improvised Explosives Device was used in the blast. The law enforcement agencies have launched a search operation in the area.

Meanwhile, a gunbattle took place between the security forces and the militants in Barkhan district, resulting in killing of three militants including their commander.

A spokesman for FC said here on Saturday that on the intelligence based information, FC teams reached the area and cordoned off the hideouts of the militants. "The militants opened fire at the FC personnel who also retaliated against the attack," he said, adding that exchange of fire remained continuous for several houres, resulting in killing of three militants including their commander and arrest of two other militants.

The law enforcement agencies have put a cordon around the area. Further probe was underway.