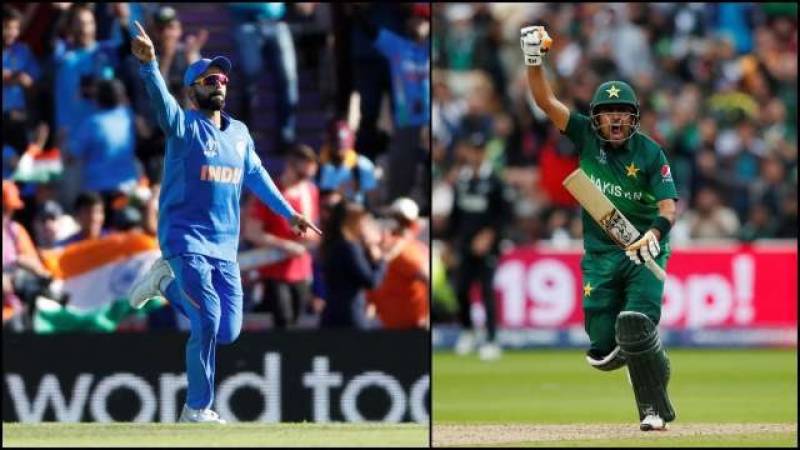 In the ongoing ICC World Cup 2019, the cricketer continues to amaze fans and cricket experts with his superlative performances.

He is currently the leading run scorer for the Men in Green and is making sure his team reach the semi-finals.

Babar recently notched up the 10th century of his career and also crossed the 3000-run mark in the format.

Here are the stats and figures between the two great batsmen: 3000 runs [image: 3000 runs]

When Babar reached 29 runs in his innings against New Zealand in Birmingham, he became the second fastest to get 3,000 runs in ODIs in 68 innings and 70 matches, after South Africa’s Hashim Amla who did it in 57 innings and 57 matches.

Babar gained the No.2 spot and beat the likes of Sir Viv Richards (69 inns) and Gordon Greenidge (72 inns) of West Indies.

Babar became the joint second fastest to reach the milestone and the joint fastest among Pakistan players.

Azam entered the ODI series against Australia needing 114 runs in the first two matches to reach 1,000 runs in 21 innings and break the record first set by Richards in 1980.