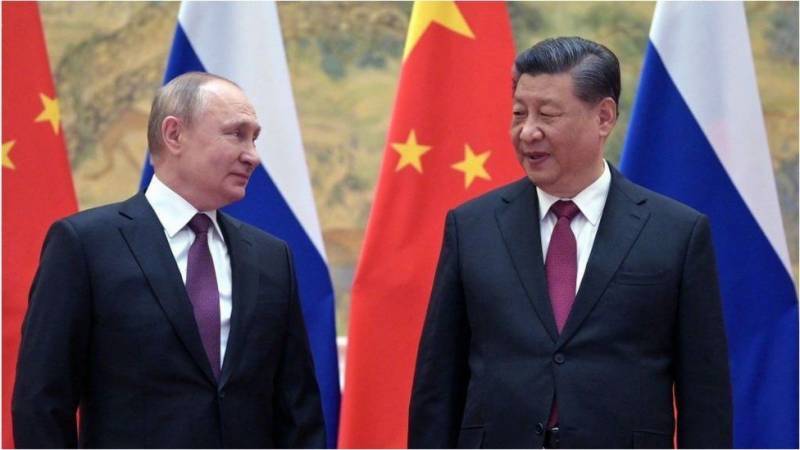 Beijing on Monday called for de-escalation and "restraint" over the Ukraine crisis as Russia and Ukraine prepared to meet for their first talks since Moscow's invasion of its western neighbour.

Representatives from Moscow and Kyiv are set to meet on the border with Belarus on Monday, after Western allies hit Russia with a slew of sanctions and pledged arms for Ukraine.

China has trod a cautious diplomatic tightrope on the crisis as it tries to balance its core foreign policy line -- that a country's sovereignty is sacrosanct and others should not interfere -- with its support for close ally Moscow.

Instead it has called for Russia's "reasonable" security demands to be heard, repeatedly refusing to condemn Putin's actions or use the term "invasion".

Foreign ministry spokesman Wang Wenbin on Monday urged both sides to "remain calm and exercise restraint to prevent further escalation of the situation."

"China pays close attention to changes in the Ukraine situation and supports all efforts to de-escalate the situation and resolve it politically," Wang said at a regular press briefing.

Beijing voted to abstain from a Friday UN Security Council resolution condemning Russia's actions in Ukraine, which was vetoed by Russia.

China's President Xi Jinping told Putin in a call last week that he hoped the crisis could be resolved with a "balanced, effective and sustainable European security mechanism through negotiations."

But as Beijing tries to stick to a neutral position, Chinese nationals in Ukraine have claimed to face rising hostility as public perceptions of the Asian country sour given China's position on the invasion.

The Chinese embassy in Kyiv on Sunday warned citizens not to "provoke" locals and to refrain from revealing their nationality, just days after telling those leaving Kyiv to display a Chinese flag on their vehicles.

The embassy had announced Thursday that it would prepare charter flights to evacuate its citizens -- but later said it was still too unsafe to do so. -APP/AFP