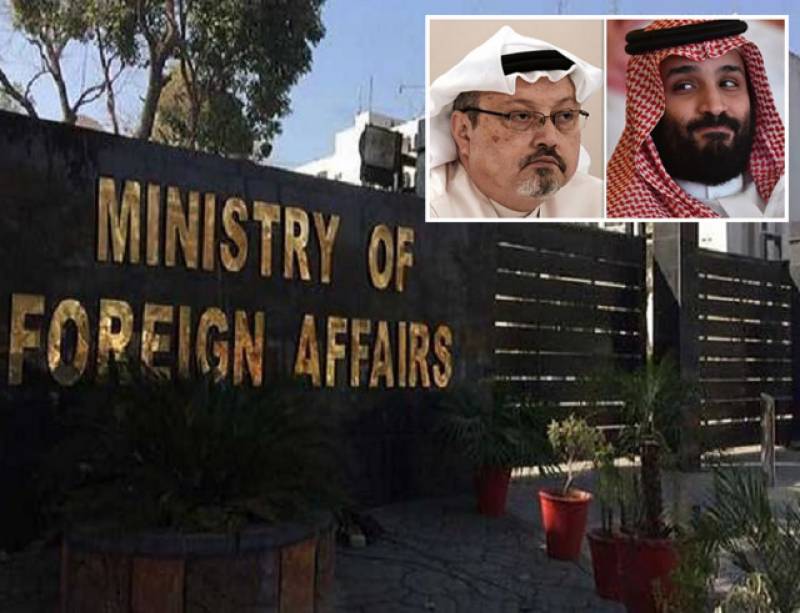 ISLAMABAD – Pakistan on Saturday expressed solidarity with the Kingdom of Saudi Arabia and recognised its efforts and measures to ensure the conviction and sentencing of the individuals responsible for the murder of Jamal Khashoggi.

A statement issued by Foreign Office spokesperson Zahid Chaudhri stated that we have taken note of the public release of the US administration’s declassified intelligence report, containing its 'assessment' on the killing of Jamal Khashoggi.

The statement further added that the Foreign Office also noted that the Saudi government termed Khashoggi’s murder as an “abhorrent crime” and a “flagrant violation of the kingdom’s laws and values.”

"Pakistan underscores adherence to the rule of law, respect for national sovereignty, and protection and promotion of human rights by all states, in accordance with their respective Constitutional frameworks and international obligations," the statement further added.

In a two-year-old report released by President Joe Biden's administration, the US authorities concluded that the MBS allegedly approved an operation in Istanbul to capture or kill Saudi journalist Jamal Khashoggi.