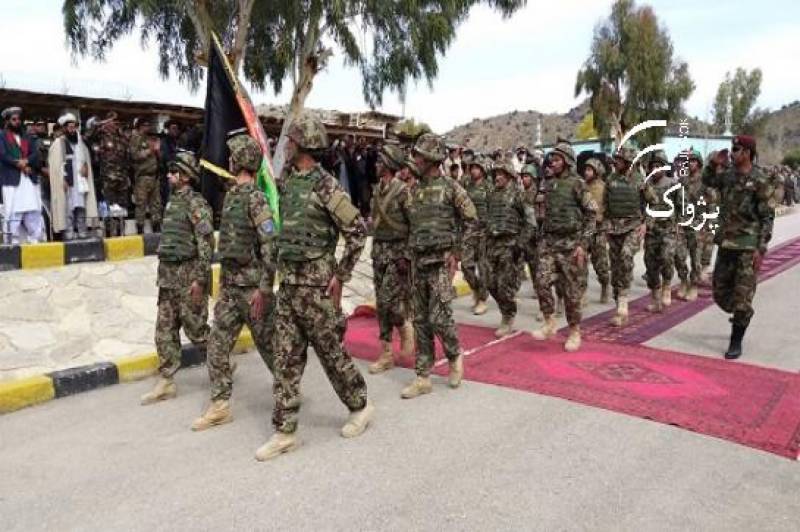 KABUL - Afghan security forces say they have always defended the national interests and urge Taliban to shun violence and join them in defending the motherland because the Afghans are tired of the conflict.

These views were expressed at events marking the National Day of Armed Forces in different parts of the country on Thursday.

February 28 was named the Afghan Armed Forces Day by the Cabinet two years ago.

The reason for specializing this day for Afghan forces dates back to King Amanullah Khan who 100 years ago on February 28, 1919 won independence and declared he would not lay his weapon on the ground until the country was librated.

On this day, Afghan forces are given medals, appreciation letters and cash rewards as well as their sacrifices are appreciated and they are morally encouraged.

The day was celebrated in different parts of the country on Thursday and the Afghan forces promised to strongly defend the motherland.

Lt. Shukrullah, police chief of Samangan province, congratulated all his colleagues on celebrating the Afghan Armed Forces Day and said efforts for peace had been accelerated and they all hoped for a stable peace in the country.

He said the Afghan forces were in the service of their people who proudly supported their forces and their sacrifices.

Ezatullah, a soldier of the Security Belt between Marja and Nad Ali districts of Helmand province, said he had been fighting against the Taliban link for the last several years and he would protect his areas and people.

“All Afghans are tired of the war, many of our colleagues lost their lives in this conflict, so we ask the Taliban to enter peace with the Afghan government and join us in defending this country and people,” he said.

Wali Mohammad, a soldier in Juram district of Badakhshan province, said that he was serving in security forces since two years to defend his country.

He said: “We want a durable peace in the country, all people are fed with the violence which should no longer continue.”

Hussain Fahimi, who is police since last seven years in Daikundi province, said: “We always find ourselves our trenches, we are tired of war and insecurity, not only police in Daikundi, but all Afghans want a stable peace in their country,” he said.

Abdullah, a major in Afghan National Army (ANA) in Jawzjan province, said Afghan security forces had the ability to fight against militant groups and defend their country.

“As efforts for peace are ongoing inside and outside the country, we want insurgents to shun violence and join the peace process,” he said.

He also said all Afghans were tired of the war but they would fight until militants followed orders of foreigners and waged violence in Afghanistan link.

Esmatullah, an ANA solider in Kandahar province, who performed hard tasks in Shah Walikot, Khakrez and some other districts of the province, said February 28 should not be observed symbolically but the day should be dedicated to paying attention to the rights of soldiers.

He said it was painful when soldiers lost their lives in defense of the country and their families and children were ignored.

“This situation kills the morale of soldiers, so the government and officials concerned to be attentive to these problems and listen to soldiers’ demands”, he concluded.