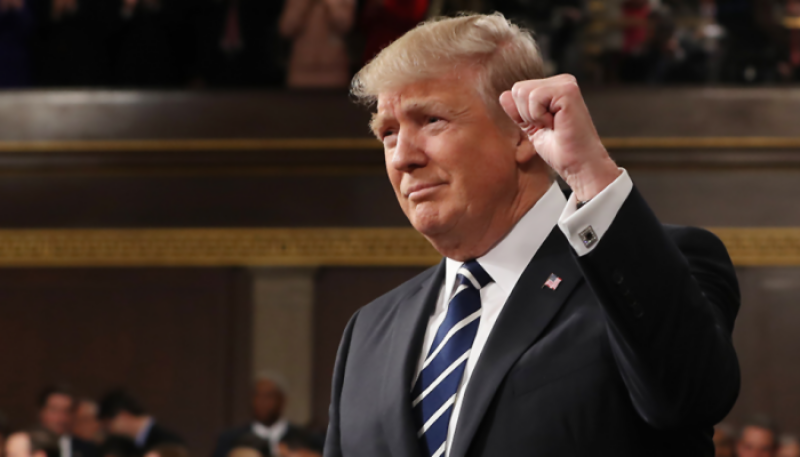 WASHINGTON - US President Donald Trump has hinted at contesting the 2020 presidential election bid.

Trump on Tuesday announced his seriousness about contesting the election in 2020. He has talked about it often - staying in office for eight years - and set up a fund raising organisation even before he took charge as president in 2017. But when he announced that Brad Parscale would be his campaign chief, it was the most concrete announcement yet.

The announcement was made by Eric Trump, the president's son, in a prepared statement on Tuesday. "Brad is an amazing talent and was pivotal to our success in 2016. He has our family's complete trust and is the perfect person to be at the helm of the campaign."

And that is not just the typical hyperbole that Trump and those around him are prone to. Parscale had been the digital director of Trump's successful and surprise 2016 bid for the White House. He is credited with using social media platforms, especially Facebook, as a crunching force multiplier to devastating effect against Democrat Hillary Clinton.

US media reports said Parscale has been tasked with building up the manpower and infrastructure necessary for a presidential bid for the 2020 re-election. Not only that, the Trump campaign said he would help Republican candidates in the round of elections scheduled for this year.

Trump announcing his seriousness to run for the White House again hardly surprised anyone. Even before he had taken oath, he had prepared the paperwork for his re-election even before he took oath in January 2017.

However, it remains to be seen if he even manages to get the Republican nomination. The Grand Old Party (GOP) had been unable to stop him from clinching the ticket in 2016. And with many Republican seats in the US Senate and House of Representatives coming up for re-election this year, many candidates are running away from any association with Donald Trump.

Trump-backed candidates have faced a string of defeats in elections. Of all the defeats, the one that stung the most was that of Roy Moore to Democrat Doug Jones. The seat was in the deeply Republican Alabama, where it was considered impossible for the Democrats to score a victory.

If many more Republican candidates lose in 2018 due to the anti-Trump wave, the chances that the Republican Party may find enough reason to come together to keep Trump away.