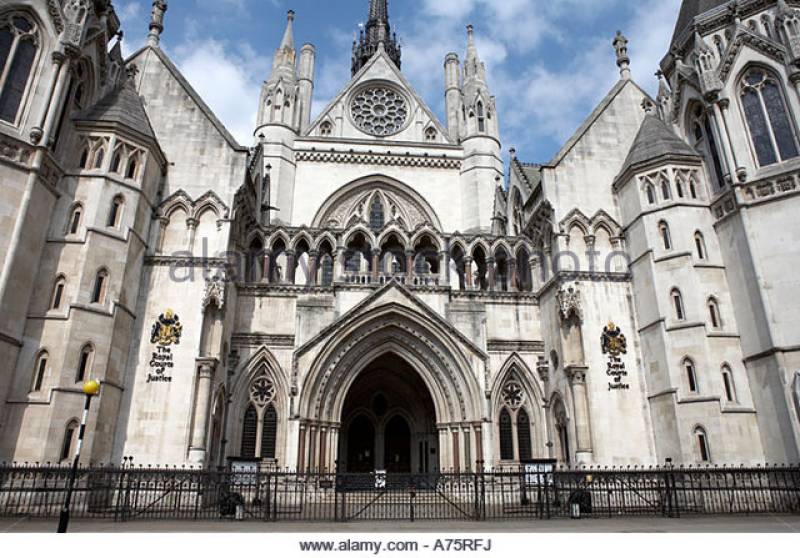 LONDON: The Calibri font report may be discarded in court after a forensic expert admitted Tuesday during a cross-examination that the typeface in question was available in 2005, that he, himself, used it, and that he is not an expert in information technology, according to ex-prime minister Nawaz Sharif's lawyer in the Avenfield case.

Amjad Malik, the solicitor advocate of the Supreme Court of England and Wales, attended as an observer-counsel the proceedings in the National Accountability Bureau's (NAB) case against Sharif involving Robert Radley at the Pakistan High Commission last week.

Barrister Fahad Hashmi was also part of the proceedings through a video link.

Malik and Hashmi observed Akhtar Riaz Raja — the cousin of the joint investigation team's (JIT) head Wajid Zia — and Radley being cross-examined during the deposition.

On the other hand, lawyers Khawaja Haris and Amjad Pervaiz Advocate — the counsels for Maryam Nawaz and Captain (retd) Safdar — grilled the witnesses.

Speaking to Geo.tv in an exclusive interview, Malik said Radley, in effect, confirmed that his report can be updated if an ink-dating analysis is carried out on the originals since he had acted in haste.

Sharif's lawyer said Radley didn’t carry out a microscopic examination of the trust deed between Maryam and Hussain Nawaz while examining it with the Video Spectral Comparator (VSC).

Noting that Radley should have asked for the original trust deed, Malik said the former admitted that he had not read the entire trust deed and saw only two deeds, consequent to which he was made to comment by Raja. Further, the expert was not even aware where the report was going to be used.

Malik said the fact that the ink-dating facility was not available with him or any laboratory in the UK raised serious questions about two of Radley’s reports — dated July 4 and 8, 2017, and demolished the prosecution’s witness testimony.

Malik stated that Radley was a handwriting expert who worked from a small office with his daughter. In June 2017, he was instructed on phone, via email and Whatsapp, in haste, without actual facts of the case.

“Robert Radley was portrayed as a font expert whereas he denied being a ‘geek', IT expert, computer expert and or law expert. He denied being a representative of Lucas Groot, the investor of the font, or of Microsoft, which commercially floated the Window Vista font into the market," the lawyer said.

"He corrected himself from his July 8, 2007, report, duly available at the Supreme Court's website, that the Calibri font invented by Lucas Groot was commercially available after January 31, 2007.

He accepted that it was freely available to 'geeks' after April 2005 and tens of thousands of experts were using beta 1 version; [so] he downloaded it too.”

Malik said it was surprising and uncustomary of NAB officials to have an almost three-hour-long meeting with him on February 22, 2018, a day before the witness testimony in court, without telling him that they will be mere observers.

“Robert Radley was shocked to learn that they were not going to examine him but the prosecutors in Pakistan will. He brought with him a three-page, yellow-coloured document on the font and started to respond when questioned on the font by reading the three-page document [that contained] very highly technical information that proved [to be] the last nail in his testimony."

He confessed, discussed, and exchanged the contents of the document with the NAB officer and the deputy chief prosecutor the night before, Nawaz's counsel claimed.

"It is clear that professional ethics, due process, and fairness were left long behind in order to achieve a political objective that the NAB officials were hellbent to achieve. Agitation was visible from their faces and Radley, in the end, was looking red in remorse and ashamed and, maybe, alien to the proceedings or maybe it was too hot in the room due to the pressure," he said further.

Malik said a false impression of Radley was created in Pakistan before the courts and public through media but the defence demolished the JIT’s case effectively.

He said Raja was presented as a law expert in Pakistan and had congratulated Zia, his cousin, when he was appointed as the JIT head; he also then accepted that his testimony of commentary was based on an article penned by Ardeshir Cowasjee and published in one of Pakistan's leading media outlets.

Malik said the JIT was misled since a lawyer at the Freeman Solicitors confirmed having signed and attested with his stamp the trust deed upon meeting the two people and seeing the originals and that it was not easy to prove that an English solicitor could be “untruthful” about his response.

He said an independent inquiry someday, however, will put the record straight as to why the normal run of the business formalities was set aside to hire eminent experts.

Radley admitted that the Windows Vista had issued three editions, of which the first was released on January 31, 2007. Further, the first edition of Windows Vista's beta — which included the font in question — was issued in 2005 for IT experts.

In his findings included in the JIT report, Radley had noted that he “identified the type font used to produce both certified declarations as ‘Calibri’. However, the font was not commercially available before Jan 31, 2007, and as such, neither of the documents is correctly dated and appear to have been created at some later point in time.”