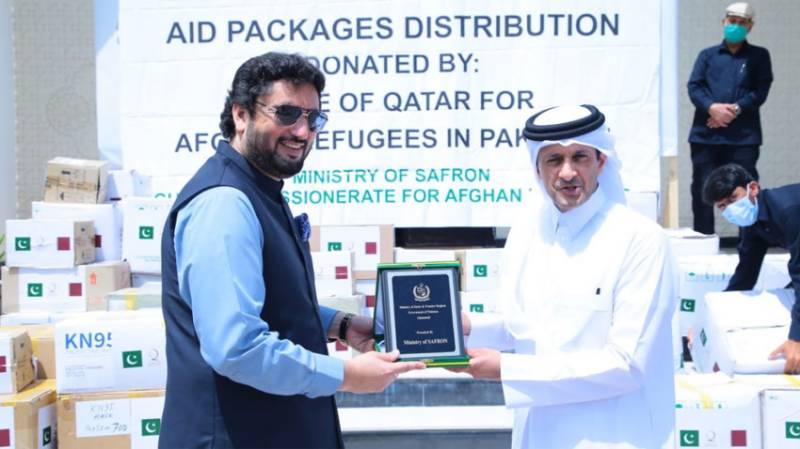 Speaking on the occasion, Shehryar Khan Afridi said the donations would greatly help the Afghan refugees in fight against the pandemic.

Sensitizing the Ambassador over plight of Kashmiri Muslims, Shehryar Afridi said Hindutva regime in India is targeting religious minorities for mass conversions and Muslims are specially being targeted.

He said Kashmir has become a specific area where Muslims are being martyred, imprisoned and women are raped under a vicious plan of Muslim genocide.

The Qatari Ambassador said his country has been working with Pakistan on plans and initiatives to help the needy and deserving.

He said Qatar has doubled the number of Pakistani labour visas and the process has also been simplified.