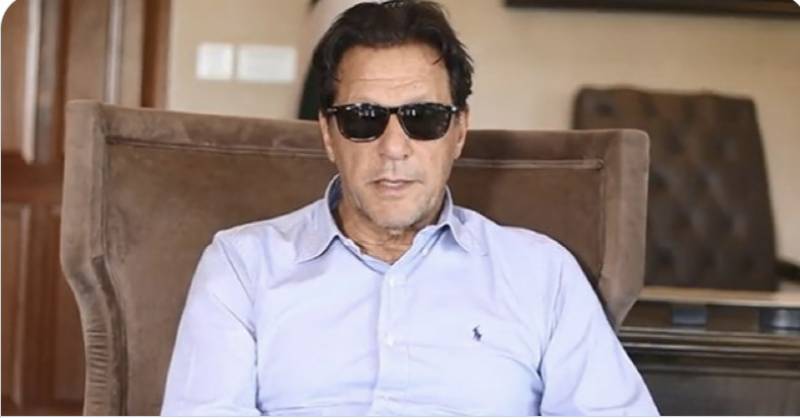 *ISLAMABAD: Pakistan Tehreek-e-Insaf (PTI) Chairman Imran Khan has chaired the session of the party spokespersons in which they finalised the strategy to promote the party’s narrative. *

The participants of the session agreed on exposing the conspiracy to regime change and external interference. A special strategy was approved to promote the PTI’s narrative on the conventional and social media platforms.

The political party decided to respond to the negative propaganda of the new government comprising of a gang released on bail. A detailed briefing was given on the preparations ahead of Shab-e-Dua to be observed across the country.

The session condemned the censorship of the media platforms by the imported government and targeted operations against journalists. They decided to raise a strong voice for the rights of the journalists.

Imran Khan said that the tactics being adopted by the present government imposed through a foreign conspiracy were condemnable. He said that the nation knows the truth and it will not accept the narratives of the turncoats.

The PTI chairman said that ‘no to imported government’ is the real voice of the nation and the political party will stand side-by-side with true political leadership.

Earlier on Wednesday, Imran Khan link had reiterated his call to the nation to get ready for his call to launch a long march toward Islamabad.

Addressing the PTI workers’ convention in Lahore, Imran Khan had said that his party will observe Ramadan 27 (a possible Shab-e-Qadr) as “Shab-e-Dua” (Night of Prayers) and urged all Pakistanis to join PTI’s Shab-e-Dua for the “real freedom of Pakistan”.

The former prime minister had also asked party representatives to launch a public campaign at the Union Councils level in their constituencies for preparations regarding the party’s Islamabad march. “I want 2 million people to reach Islamabad on my call,” he added.