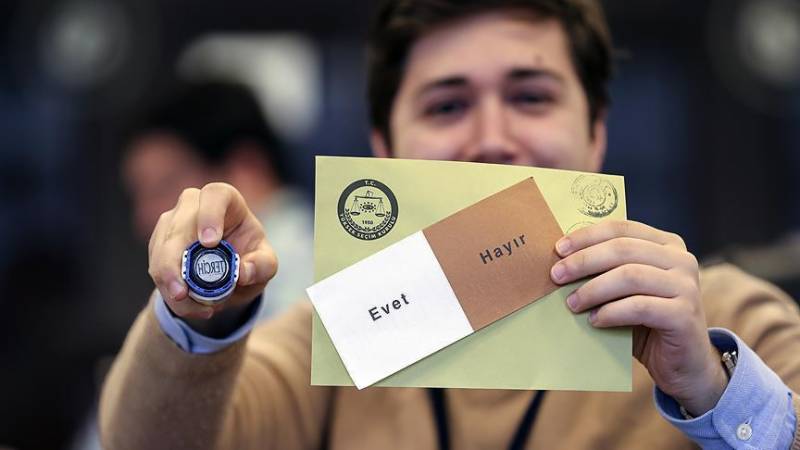 ANKARA: Turkey's Supreme Election Board (YSK) late Thursday published the official results of the recent referendum in the Official Gazette.

Voters went to the polls on April 16 to decide whether to approve changes to the country's constitution, which also includes shift from current parliamentarian system to a presidential one.

The Yes campaign won with 51.41 percent, while the No vote stood at 48.59 percent, the official results show.

The constitutional changes put to the referendum have been discussed since Recep Tayyip Erdogan was voted in as president in August 2014, marking the first time the president was elected by a popular vote.

An 18-article reform package was passed by parliament in January this year by 339 votes in favor -- nine more than needed to take the proposals to a referendum.

With the changes in the constitution, wide-ranging executive powers will be handed to the president; the post of prime minister will be abolished. The president will also be allowed to retain ties to a political party.

Other changes will see the minimum age for parliamentary candidates reduced to 18 and the number of lawmakers in parliament rise to 600.

Simultaneous parliamentary and presidential elections for a five-year term are scheduled for Nov. 2019. (APP)