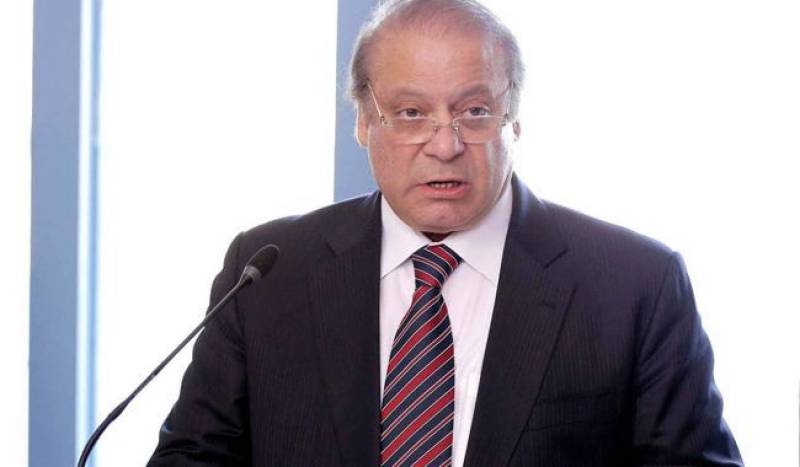 ISLAMABAD: Prime Minister Muhammad Nawaz Sharif on Friday expressed displeasure over load-shedding in the country and said responsibility must be fixed for inadequate planning in power management.

"Anticipated planning has not been exercised by relevant ministries and their organizations, for which responsibility must be fixed," the Prime Minister said while chairing the fourth consecutive meeting of the Cabinet Committee on Energy during the current month, here at PM House.

The Prime Minister said it was the responsibility of the government to provide relief to the masses.

He directed the Secretary Water and Power (W&P) to constitute a dedicated team for hourly monitoring of the power supply situation and also sought the monitoring report of power transmission and distribution system on weekly basis.

He directed Secretary Water and Power, Secretary Finance and Secretary to PM to present a line of action for resolution of issues related to non-operational Independent Power Producers (IPPs) and present a report in two days.

He directed the Ministry of Petroleum and the Ministry of W&P to work out a balanced conversion plan of power generation plants from furnace oil to Re-gasified Liquid Natural Gas (RLNG) and coal and present the plan in next meeting of the Cabinet Committee on Energy.

The Secretary W&P briefed the meeting on availability and utilization of idle IPPs and captive power plants. He also briefed on issues pertaining to upfront tariff by NEPRA and load management plan for the summer.

He informed the meeting that power generation amounting to 866 MW had been restored to the system in April and further 400 MW would be added by mid of May 2017.

The Minister for Finance briefed the meeting on his meeting with President World Bank regarding funding of solar power projects in Pakistan.