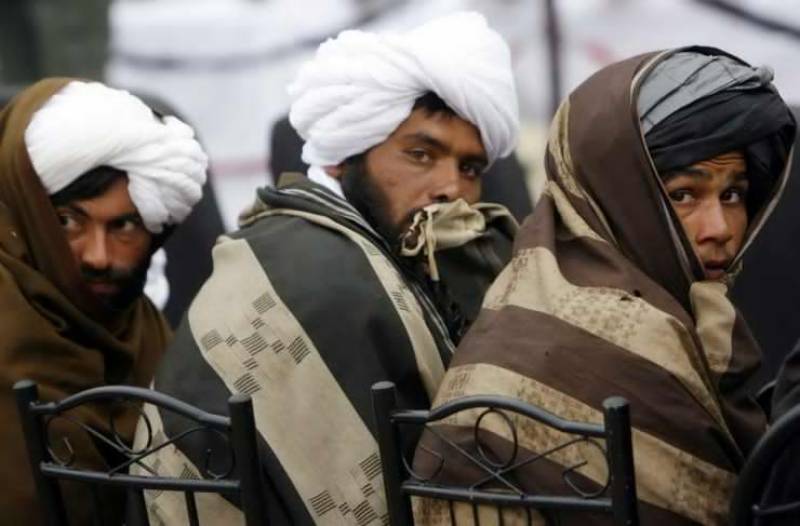 The Afghan Taliban launched their "spring offensive" Friday, heralding fresh fighting in the drawn-out conflict as embattled security forces struggle to recover from a devastating attack on a military base one week ago.

"The enemy will be targeted, harassed, killed or captured until they abandon their last posts," it continued.

The annual spring offensive normally marks the start of the "fighting season", though this winter the Taliban continued to battle government forces, most successfully in last week´s attack on the military base outside the northern city of Mazar-i-Sharif.

The massacre last Friday saw insurgents armed with guns and suicide bombs slaughter at least 135 young recruits, according to the official toll, though multiple sources have claimed it is much higher.

The assault is believed to be the deadliest by the Taliban on an Afghan military target since they were driven from power in 2001, and fuelled fears of insider attacks -- when Afghan soldiers and police turn their guns on colleagues or on international troops.

The attackers carried valid passes to the base, security sources said, and were dressed in Afghan army uniforms. The defence minister and army chief have resigned, and at least 35 soldiers have been arrested over the incident.

Already beset by killings, desertions, and struggles over leadership and morale, Afghan forces have been straining to beat back insurgents since US-led NATO troops ended their combat mission in December 2014.

They faced soaring casualties in 2016, up by 35 percent with 6,800 soldiers and police killed, according to a US watchdog.

With more than one third of Afghanistan outside of government control, civilians also continue to bear a heavy brunt, with thousands killed and wounded each year with children paying an increasingly disproportionate price, according to UN figures.

Afghanistan´s Interior Ministry shrugged off the Taliban threats Friday, saying the offensive was "not something new".

"We will target, kill, defeat and suppress the Taliban... all across the country," acting ministry spokesman Najib Danish told AFP.

The Taliban statement said they would focus on state-building and "establishing mechanisms for social justice and development" in the areas under their control.

Afghan and international officials have repeatedly called on the Taliban to disarm and join the political process, a call they have so far refused.

"I believe this will be a difficult year for Afghan security forces, as they will be facing the resilient Taliban´s complex and sophisticated attacks countrywide," he told AFP.

Mattis also warned that 2017 would be "another tough year" for Afghan security forces, but would not be drawn on recent calls by NATO commander in Afghanistan General John Nicholson for "a few thousand" more troops.

The Afghan conflict is the longest in US history -- US-led NATO troops have been at war there since 2001, after the ousting of the Taliban regime for refusing to hand over Osama bin Laden following the 9/11 attacks in the United States.

The US has around 8,400 troops in the country with about another 5,000 from NATO allies.

Earlier this month, the American military dropped its largest non-nuclear bomb on Daesh hideouts in eastern Afghanistan, killing nearly a hundred militants, according to unverified figures from Afghan officials.

The bombing triggered global shockwaves, but was criticised by observers who questioned its use against a group that is not considered as big a threat as the Taliban.

Some analysts even argued the strike could boost the Taliban, who had been fighting a turf war with Daesh in Nangarhar province near the border with Pakistan, where the bomb was dropped.

Two US troops were killed Wednesday while fighting Daesh militants near the blast-site, the Pentagon has said, highlighting the price of its continuing role in the conflict.