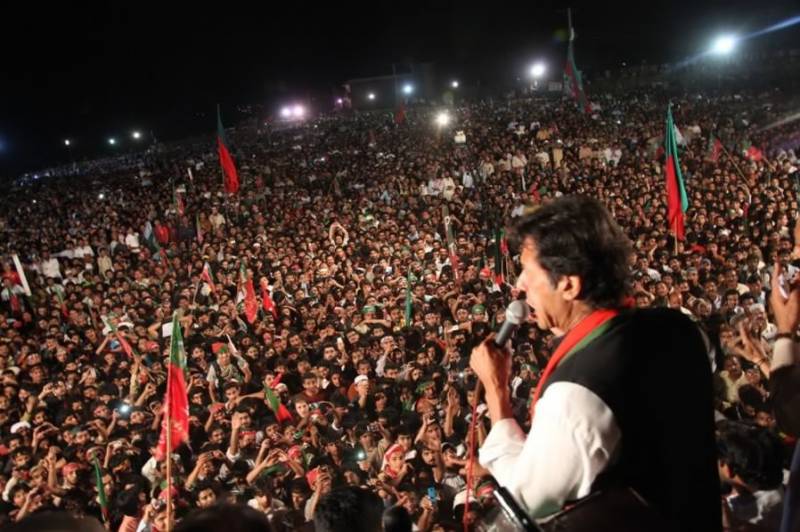 ISLAMABAD: Pakistan Tehreek-e-Insaf Chairman on Friday challenged his opponents, saying that those who want to know the name of the person who made the Rs10 billion offer to stay mum over the Panama case, can take him to court.

Imran Khan said that he gathers people not for himself but for the country, as he addressed the first rally of the party since the announcement of the Panama case verdict.

Imran said that he’s not revealing the name of the one who tried to bribe him, only out of consideration that the person would be forced to go out of business due to vengeful activities.

He further said that he would provide protection for that person.

The PTI chief said that if people had not taken to streets then everyone would have forgotten about the Panama scandal.

Imran said that Nawaz Sharif and Shehbaz Sharif’s children own billions of rupees.

He said that Chief Minister Punjab Shehbaz Sharif has sent notice to him worth billions of rupees.

The PTI is holding its first public rally following the apex court's judgment. The stage, for the first of a string of rallies planned across Pakistan, is all set in Islamabad’s parade ground.