Arrest of Aasiya Andrabi from her residence denounced
28 Apr, 2017 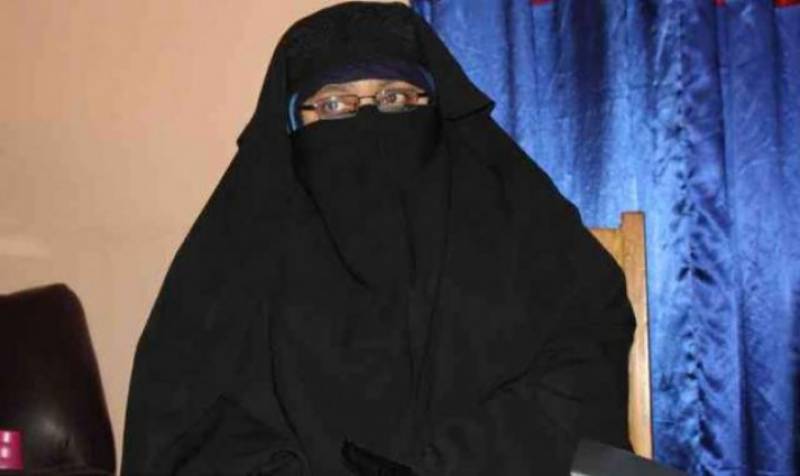 ISLAMABAD: Dukhtaran-e-Millat (DeM) and Muslim Deeni Mahaz, in Indian Occupied Kashmir (IOK), have flayed police for barging into residence of Aasiya Andrabi like burglars and then arresting her along with her associate, Fehmida Sofi.

According to Kashmir Media Service, the DeM General Secretary, Nahida Nasreen, in a statement issued in Srinagar said that on Wednesday at around 11:30pm, a large contingent of police barged into the residence of party Chairperson, Aasiya Andrabi and broke doors and smashed windowpanes of her house before arresting the woman leader and her associate.

She termed the police action as an extreme form of shamelessness and cowardice. "How dare the police forcefully barge inside house of a respected woman leader? How could they in the din of night enter into a house where only women reside and frighten them before their illegal arrest?" she asked.

The Muslim Deeni Mahaz General Secretary, Muhammad Maqbool Butt, in his statement in Srinagar termed the arrest of DeM Chairperson, Aasiya Andrabi, as the frustration of the puppet authorities. "Aasiya Andrabi is ill and has been hospitalised many times. She is suffering from many diseases," he added.

He said, it is for the first time that all the three generations of Kashmiris - 80-year-olds, 40-year-olds and 15-year-olds - are on the road resisting the Indian occupation in unison.

This mass awareness has frustrated the Indian forces and agencies and they have employed the age-old tactic of mass arrests, he deplored. (APP)