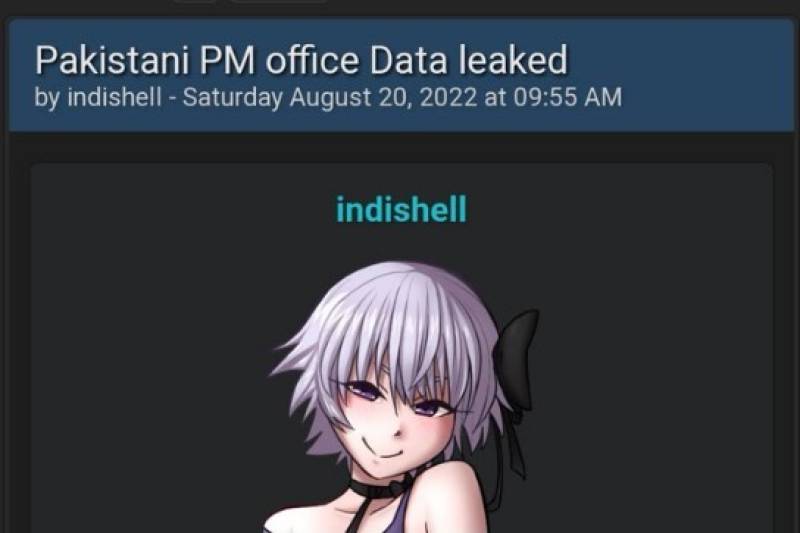 The hacker on Dark Web announced on social media to release more 10 audios of the 'bugged' Prime Minister’s House on Friday at 9:30.

A list of 10 conversations of the PM’s House has also been circulating on the social media with a claim that it is released from the Dark Web hacker on Twitter's account @indishellgp.

On social media, some screenshots of the hacker’s message from the Dark Web are also being circulated in which he said, “Hopefully this release will bring betterment to Pakistan.”

In these messages that were modified and posted by the Twitter handle @indishellgp, the hacker also claimed that he is not looking for money so time should not be wasted to get his interview.

In another message under the title of “UPDATE – ALERT”, the custodian of these audio leaks said due to some undisclosed reasons, he will be releasing all files on Friday at 9:30 and no more negotiations and offers will be accepted in this regard.

The Dark Web account holder also said that the entire zip of audio will be released at the end of the current week as everything is final now so don’t engage him with imposters.

The custodian of these audio recordings said at this point he can only reveal a list of 10 conversations including;

(1) Audios include interaction with journalists,

(4) Conversations with the premier military head,

(5) Audios include personal and governmental dealings,

(6) Interactions between the first family, and extended families,

(7) Audios may include conversations of incriminating nature,

(8) Audios may include conversations with serving judicial appointees,

(9) Audios include engagements with foreign dignitaries, and

(10) Audios include directions and orders by personnel involved.