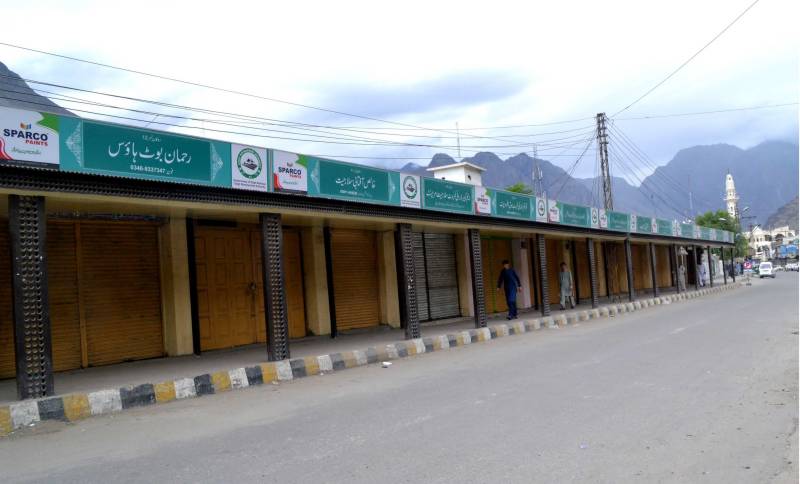 CHITRAL: On the call of president Trade Union Shabir Ahmad all Traders, shopkeepers and vendors started on Thursday a shutter-down strike in the district saying the protest would continue till the acceptance of their demands.

Meanwhile, the drivers’ union also announced to observe a strike in solidarity with the traders.

All bazaars, markets and other business centers, including vegetable and fruit shops, remained closed.

Shabbir Ahmed later told a gathering of protesters at PIA Chowk that the admin had been meting injustices to the traders for long. First, the traffic movement was made one-way in the bazaar area which badly affected shops and other business located inside the bazaar and then the administration started imposing fines on the allegation of substandard and expired items being sold in shops causing losses to the shopkeepers, he added.

He complained that there was even no facility of washrooms for the public in the bazaar area.

He said the administration was sealing shops without any notice or listening to the traders and shopkeepers.

As a result, the traders and shopkeepers have decided to go on the strike and if their demands are not met the strike would be extended to other areas including Drosh and Booni.