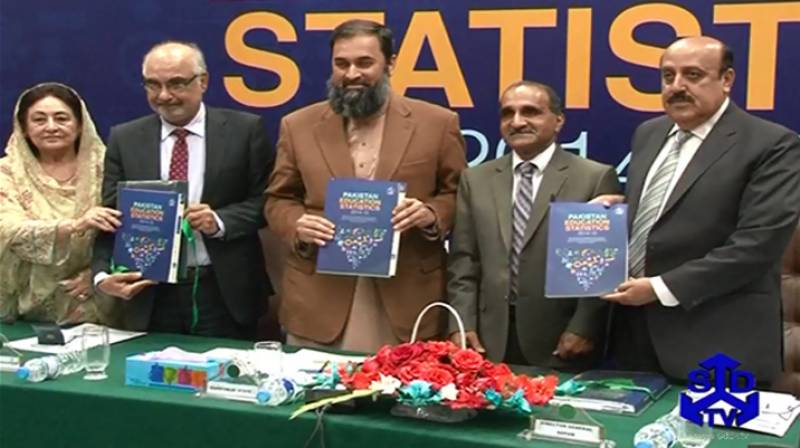 ISLAMABAD (APP): `Pakistan Education Atlas 2016' with its authentic analysis of education scenario in Pakistan would prove as a valuable document for assisting policy makers towards improving education standards.

This was expressed by Country Director, World Food Programme (WFP), Ms. Lola Castro during the launching ceremony of `Pakistan Education Atlas 2016' at Academy of Educational Planning and Management (AEPAM) on Tuesday.

The document was prepared with the efforts of National Educational Management Information System (NEMIS)-AEPAM, WFP and also the support of UNICEF and UNESCO.

"If there is no education, there will be no food and no security for the people", the Country Director said while stressing the need for concerted efforts toward ensuring accessible and equitable educational opportunities to the people.

She said the document launched today would assist the decision makers and all the stakeholders in their efforts for completing the unfinished agenda of Educational for All (EFA) and Millennium Development Goals (MDGs) till the year 2030.

She said it was the high time when the education planners had to look in to education issues seriously and carry out efforts for ensuring quality as well as equity in education.

Federal Secretary for Education and Professional Training, Haseeb Athar, who was the chief guest on the occasion, said the planning to improve state of education in the country was of pivotal importance.

He said the present government was fully cognizant of its responsibilities toward promoting literacy and taking concrete steps to wipe out illiteracy.

He said the government was taking steps to implement the Article 25-A of the constitution which made the state responsible for providing free education to the children aged between 5-16 years.

Haseeb Athar thanked the organizations especially WFP, UNESCO, UNICEF and others for supporting AEPAM in this endeavour.

Incharge NEMIS, Nasir Amin, in his presentation, briefed the participants about the salient features of the `Education Atlas'.

He said this year's document was carrying analysis of education statistics upto Tehsil level which would help the education planners to achieve the desired goals.

Director General, AEPAM, Naimatullah Khan said, Pakistan Education Atlas 2016 was the fifth document and now it had become a data visualization platform for the education planners.

He appreciated the substantial support of WFP and other organizations for making the effort of launching this year's Atlas as a huge success.

The officials of UNESCO, UNICEF, AEPAM and Ministry of Federal Education and Professional Training attended the ceremony.