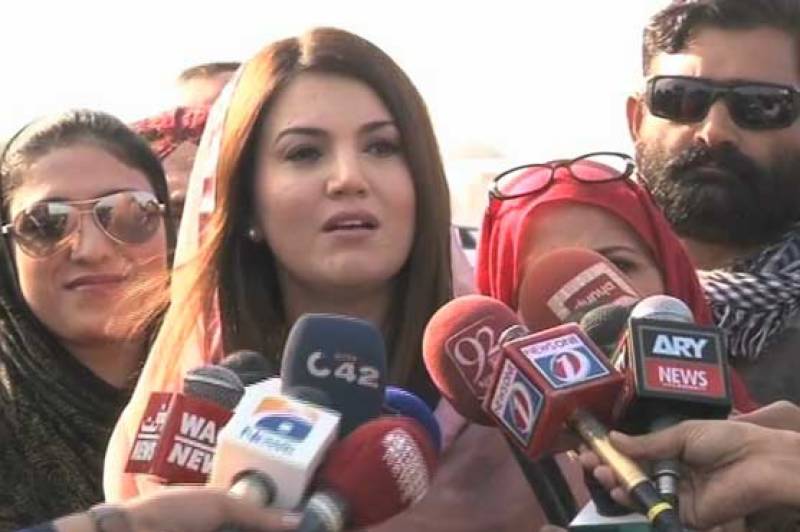 On the other hand, all other parties including Pakistan Muslim League-Nawaz, Pakistan People's Party, Jamaat-i-Islami and Jamiat Ulema-I-Islam-Fazl gave due respect and regard to women, she said talking to newsmen here after condoling with the family of Captain Roohullah, who was martyred in Police Training Centre Quetta attack.

Reham Khan alleged that she was targeted by the 'conspirators' in PTI when she was in Bani Gala.

She rejected the allegation of PTI leaders of working in collusion with the PML-N in a bid to fail their November 2 sit-in.

She said the performance of PTI-led government in Khyber Pakhtunkhwawas at the lowest ebb. Parents were reluctant to send their wards to schools after the Army Public School tragedy in 2014, she added.

Reham Khan regretted political point scoring by certain leaders on the Quetta attack. At the time when the situation at eastern and western borders was tense, besides continued Indian atrocities on the people of occupied Kashmir, politicians should realize their national obligations, she added.

She paid tribute to Shaheed Captain Roohullah for exhibiting matchless bravery in the line of duty during terrorist attack on Police Training Centre, Quetta.