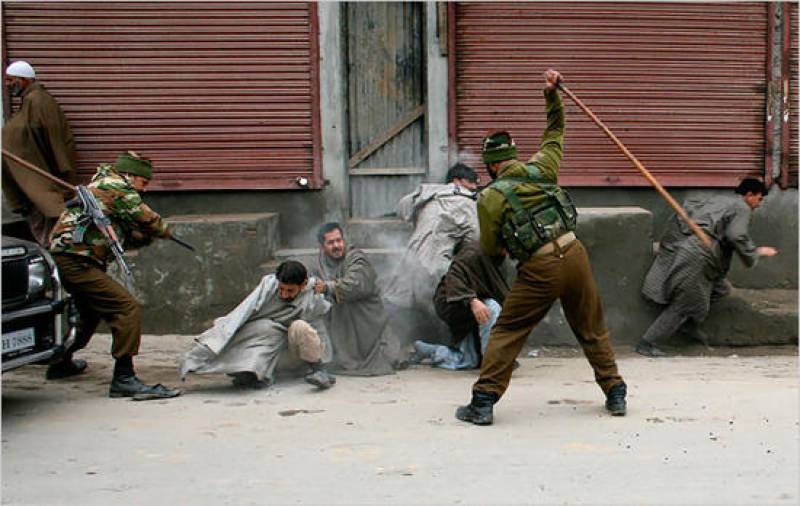 ISLAMABAD: (APP) Honoring the sacrificing of the Kashmiri people who have laid down their lives for their right to self-determination and to condemn the illegal occupation of Kashmir by India, Kashmir Black Day was observed at the Embassy of Pakistan in Tehran on Thursday.

Speaking to a ceremony to mark the Kashmir black day, Pakistan Ambassador Asif Durrani highlighted the Indian oppression in Kashmir and said that a new wave of Intifada has been started in occupied Kashmir following the death of Mazaffar Wani on July 8 this year, said a message received here.

He said Indian leaders had given a pledge to the international community, Pakistan and the UN that they would give the Kashmiri people their right of self-determination, but this promise was never fulfilled.

Ambassador Durrani referring to the atrocities and gross human rights violation being committed by India against the Kashmiri people, said that 150 Kashmiri youth have been blinded and 700 others have been partially blinded by the Indian forces using pallet guns.

Ambassador Durrani said that all issues between India and Pakistan such as issue of water, peace and security and nuclear emanate from the unresolved Kashmir dispute.

He said Pakistan is concerned that if Indian atrocities in the Occupied Kashmir continue, the situation may go out of control posing serious challenge to security of the region.

Highlighting Pakistan's position on the Kashmir issue, the Ambassador said that Pakistan will continue to extend its moral, political and diplomatic support to the Kashmiri people until they achieve their right of self-determination.

The messages of President and Prime Minister of Pakistan regarding Kashmir Black Day were also readout to the participants.