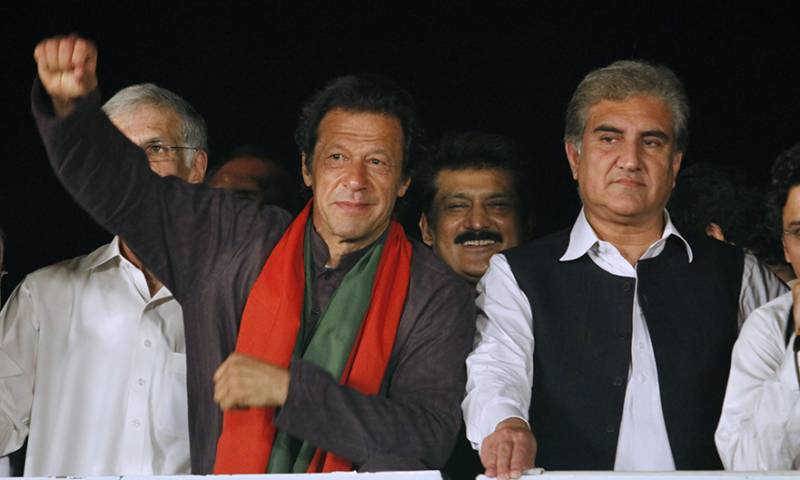 The court observed that a place namely 'Democracy Park & Speech Corner' had already been notified for protests in Islamabad and directed the District Magistrate to inform PTI Chief Imran Khan about the designated venue.

In a written order, the court said "it may also be informed that no road leading to Islamabad and within the territory of Islamabad would be allowed to be blocked."

The court also summoned Imran Khan on October 31, in person to explain, which law allowed him to make statements to block the city and jam government machinery.

The court observed that recording of speeches of Imran Khan were indicative of the fact that proposed program of sit-in apparently is aimed to block the Islamabad city and to jam the government machinery, which obviously will result into infringement of fundamental rights of citizens.

Justice Shaukat Aziz Siddiqui of the IHC heard the four petitions for restraining PTI from shutting down the city on November 2, and seeking directions for PEMRA not to telecast Imran Khan's speeches, interviews as he is still at large and did not surrender himself before the court of law that is seeking his arrest.

They made categorical statements that all endeavors would be made to ensure the smooth running of life in the city and that no fundamental rights of any citizen may be infringed due to call of protests and sit-in.

PTI prepares plan B for the November 2 Islamabad sit in

The court barred the district administration from cordoning off roads by placing containers and other hurdles.

There would be no rescheduling of examinations and all educational institutions should remain open, the court further directed.

Justice Shaukat Aziz Siddiqui remarked that this should be known to all that the courts were the only umpire here.

The officials of Pakistan Electronic Media Regulatory Authority (PEMRA) displayed the recording of Imran Khan's statements in the court.

In written orders, the court noted that freedom of speech, expression and movement were right of every citizen, but it cannot be exercised in a manner that other citizens may be deprived of their fundamental rights, free movement, education, business and trade etc.