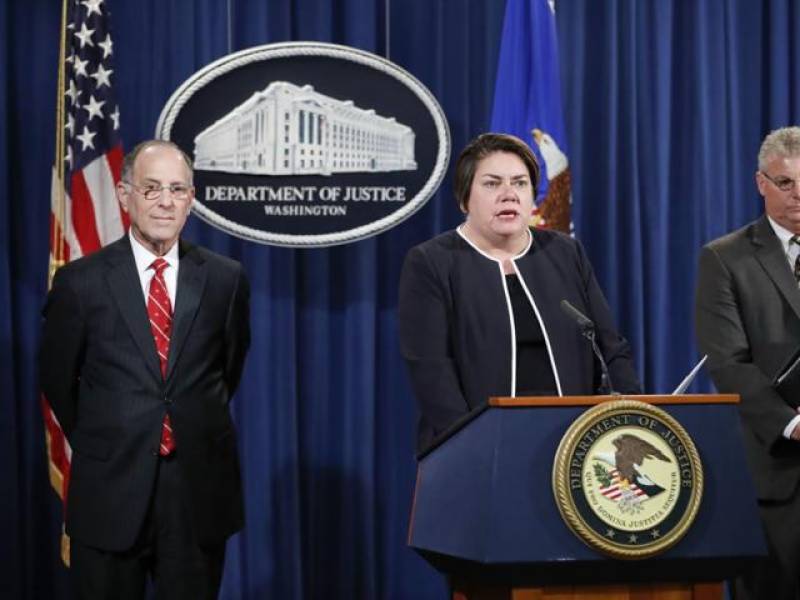 WASHINGTON: (APP) US justice authorities announced action Thursday to shut down a group of Indian call centers that had cheated victims in the United States of hundreds of millions of dollars.

The Justice Department said tens of thousands of victims, most of them from South Asia, were extorted by callers pretending to be US tax or immigration officials threatening them with arrest and deportation if they did not remit money to the government.

But the victims were then directed to people working with the call centers in the United States to collect the "fines" through prepaid debit cards or wire transfers, and the money was quickly laundered out of the country, according to the Justice Department.

The agency said it had arrested 20 people and unveiled charges against five call centers and 32 individuals in India in the Ahmedabad-based operation.

The charges lodged by the US attorney in the southern district of Texas sets charges against a total of 56 people and five Indian companies for conspiracy to commit identity theft, false personation of an officer of the United States, wire fraud and money laundering.

"In the process, these criminals took hundreds of millions of dollars from this scam alone. The victims include people all over the United States... and targeted primarily immigrants and the elderly."

The call center racket made use of informal money transfer businesses known as hawalas to move the money. Many of the people contactd did not know the money being transferred was part of an extortion scheme, according to the Justice Department.

Caldwell said the five call centers and individuals targeted in Thursday's announcement were apart from the arrests early this month of some 70 people by Indian authorities also involved in call center scams.

"We want to comment the Indians for having done that because we think it's important that they come in, in addition to our enforcement efforts," said Caldwell.