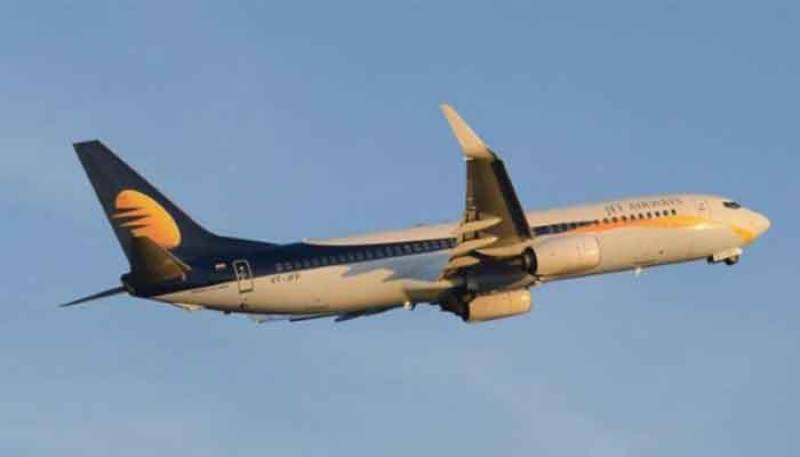 *KOLKATA: A passenger was taken off an Indian plane and detained for questioning after he posted a photo of himself on Snapchat alongside the word "terrorist", officials said Tuesday.*

Yogvedant Poddar, 21, was removed from the Jet Airways flight after a passenger spotted him typing "Terrorist on flight, I destroy women´s hearts" into his phone.

The caption accompanied a photo he had taken of himself which showed half of his face covered with a handkerchief, Kolkata deputy police commissioner Avvaru Ravindranath told AFP.

Irish national Benjamin Plackett was sitting behind Poddar on the Monday Kolkata to Mumbai service flight and alerted the cabin crew as the plane was being prepared for take-off.

Poddar was taken off the flight and detained for almost ten hours before being let go without charge, Ravindranath said.

"We questioned him extensively. We found no terror link. It was a message that was meant exclusively for his friends and was not intended to threaten or hurt anyone," said the police official.

Jet Airways said in a statement that a passenger had been "deplaned for security reasons".

"The aircraft departed for its destination with a revised flight timing" after the necessary checks had been carried out, the airline added.

In September an Indian passenger on a GoAir flight sparked panic in mid-air when he tried to open a plane door, apparently mistaking it for the toilet.

The same week, a passenger was kicked off an IndiGo service after he tried to access the cockpit to charge his phone while the plane was preparing for take-off.

India´s aviation market is witnessing a massive increase in passenger numbers as its growing middle class take advantage of cheap fares and better connectivity, with many taking to the skies for the first time. - APP / AFP