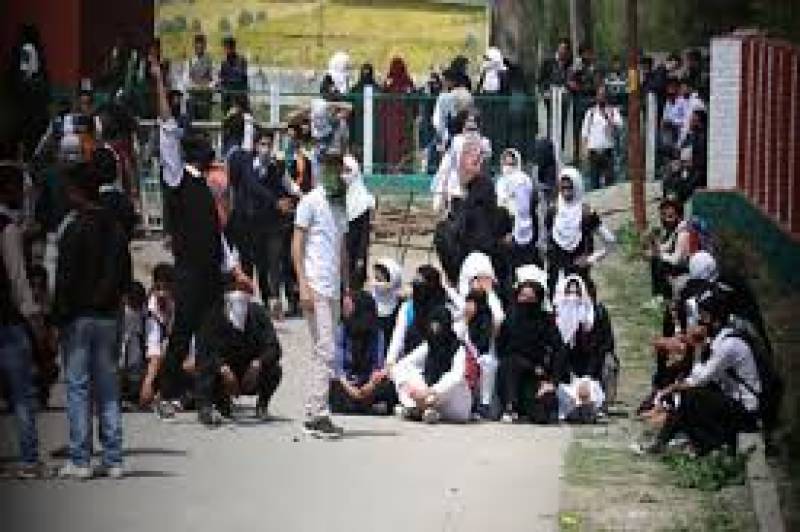 MUZAFFARABAD: Hundreds of female students of private schools carried out a protest here against killing of 19

The protesters marched from Gujra campus of the school to Noluchi Bridge carrying banners and play cards inscribed with pro-freedom and anti-Indian slogans demanding the United Nations to take a cognizance of Indian brutalities.

Addressing the protesters, Uzair Ahmad Gazali and Pakistan Peoples Party local leader Shukat Javed Mir said the silence of United Nations on killings of youngsters in Shopian and Bejbhara in IOK may jeopardize peace in the region.

He said Indian forces didn't spare a two-year old Habiba Nisar and targeted her with pellet while she was at her home and two youngsters were shot dead in the same area, adding that India could not suppress the struggle of people for their just right to self determination.