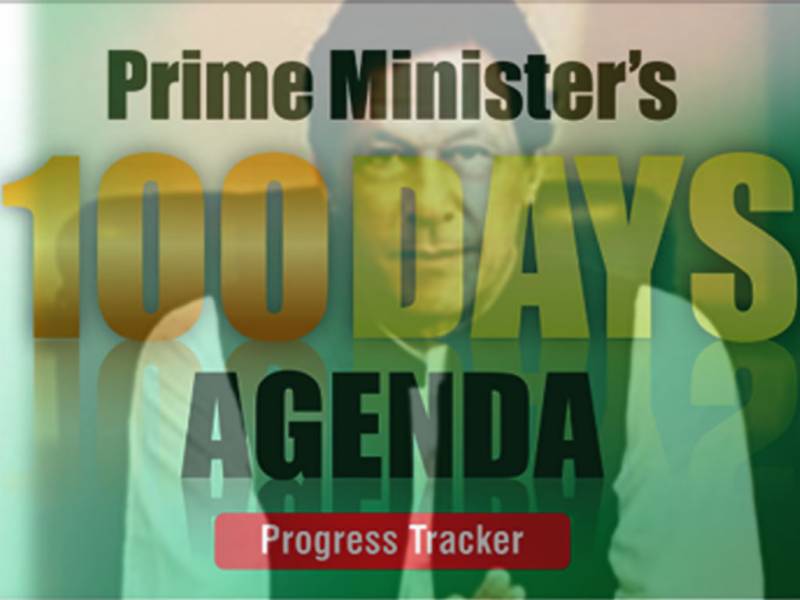 ISLAMABAD - Pakistan Tehreek-e-Insaf (PTI) government has completed its 100 days since taking over the office in August. The newly-formed governments set agendas and promised to complete them before completion of the 100 days.

The PTI promised to present the nation with a report on its hundredth day on the completion of its agendas. The government set to achieves various milestones, divided into various sections.

There have been several accomplishments as well as failures by the government during the first 100 days. The government initiated work on 68 tasks and completed 46*.*

Most of the completed tasks are from the ‘Transform Governance’ agenda, which was further sub categorized into five more sections. The other agendas included Strengthen the Federation, Revitalise Economic Growth, Uplift Agriculture and Conserve Water, Revolutionalise Social Services and Ensure Pakistan’s National Security.

Under ‘Transform Governance’, the government had sought to accomplish 27 milestones, of which it has been successful in completing 13 and 14 are in progress.

The PTI’s last agenda that they have initiated work on is ‘Ensure Pakistan’s National Security’, for which PTI had sought to complete 12 tasks. However, it has been successful in completing two of its tasks.