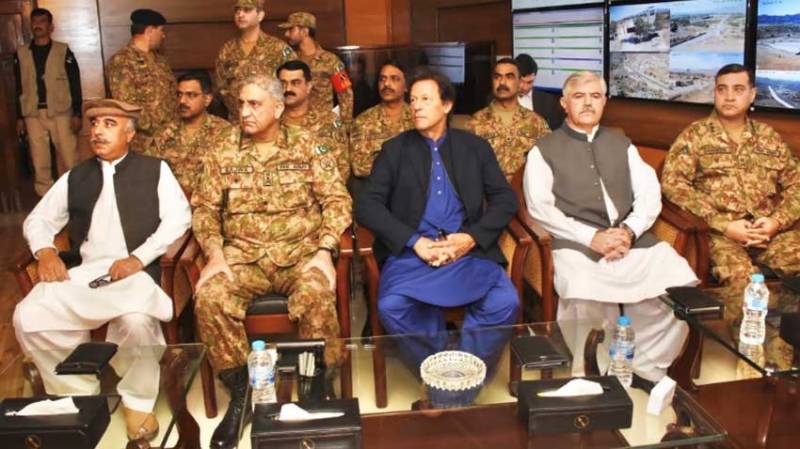 Prime Minister Imran Khan says no other country or their armed forces have done what Pakistan and its armed forces achieved in war against terrorism.

He was addressing a combined Jirga of elders from North and South Waziristan in Miranshah. The Prime Minister visited North Waziristan along with Chief of Army Staff General Qamar Javed Bajwa.

The Prime Minister hailed achievements of Pakistan Army, all other security forces and intelligence agencies for their successful operations against terrorists.

He said we have fought an imposed war inside our country as our war at a very heavy cost of sweat and blood and loss to our socio-economic fiber. He pledged that we shall not fight any such war again inside Pakistan.

Imran Khan said Pakistan is for peace beyond borders, including in Afghanistan, and it shall play its role in Afghan peace process along with other stakeholders. He said peace in Afghanistan is critical for achieving enduring peace in Pakistan.

The Prime Minister paid rich tributes to the martyrs and their families who have sacrificed so much for the safety, security and prosperity of the people of Pakistan and the motherland.

Imran Khan also greatly appreciated the people of erstwhile FATA/ KP who had gone through a very challenging and difficult time of facing terrorism.

Prime Minister announced various welfare packages in the fields of health, education, employment and administration for the newly established districts of erstwhile FATA.

PM announced 3 % of NFC share by all provinces for merged districts, early conduct of Local Bodies and Provincial Elections to ensure transfer of power to grass root level.

He also announced Police Reforms and resolved to address all concerns of Levies and Khasadars by ensuring their jobs security. The Prime Minister announced system of Dispute Resolution Council (DRC) to ensure speedy justice and resolution of all issues through consultation.

He said a new Pakistan is in the making.