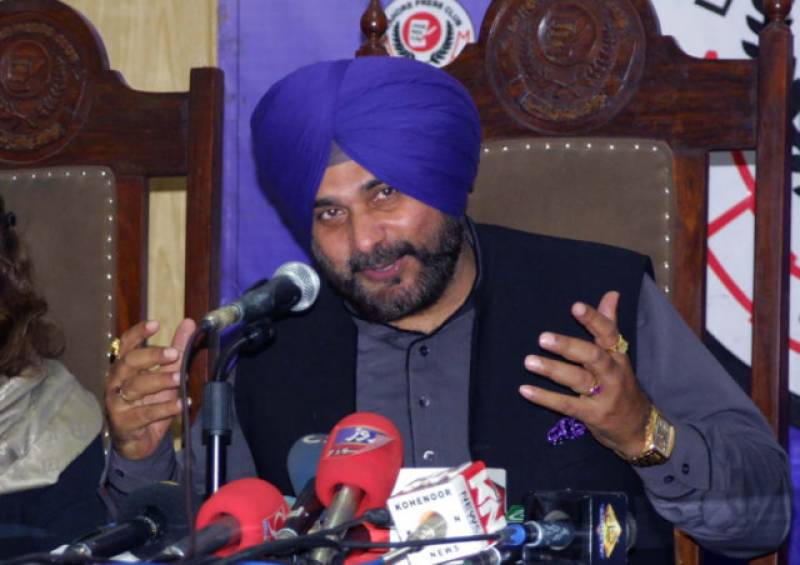 Talking to the media along with Punjab Governor Chaudhry Muhammad Sarwar at Governor’s House on Tuesday, he said the time had provided opportunities to the Pak-India leaders to mark their names in the history through epoch-making feats, adding great leaders never let such opportunities slip away.

He said that Kartarpur Corridor would eventually ‘immortalize’ Imran Khan and Narendra Modi.

Navjot Sidhu said nothing could be accomplished without effort and endeavour, adding it was miraculous that Kartarpur Corridor had became a reality in just three months.

He said Prime Minister Imran Khan could not give a better joy and bliss to the 120 million Sikhs than the opening of Kartarpur border crossing.

To a query, the Indian politician said a sweet fragrance of friendship had emanated from the land of Pakistan after a lapse of 71 years, adding it was going to mesmerize people on the Indian side of the border as the Kartarpur Corridor becomes a reality on November 28.

To another question, he said that the opening of Kartarpur Corridor would pave the way for peace in the region and open up new vistas of cooperation between the neighbouring countries.

“Kartwarpur Corridor would enhance people-to-people contacts and I foresee brotherhood and more friendly relations between the peoples of two Punjabs,” he said. The Pakistan government had opened up doors for innumerable possibilities by opening the doors to the resting place of Baba Guru Nanak, he added.

Talking to the media, Punjab Governor Muhammad Sarwar said the opening of Kartarpur border was a historic initiative by Prime Minister Imran Khan, adding Sikhs could not cross Kartarpur border crossing for the last many decades.

The Governor welcomed Navjot Singh Sidhu to Lahore, adding that Sikhs were faced with multiple problems including visas and all these problems would be resolved under the leadership of Imran Khan.

Ch Sarwar invited Sidhu to spend a whole day in Nankana Sahib the next year, adding that the government would ensure maximum facilities in the holy city of Nankana.