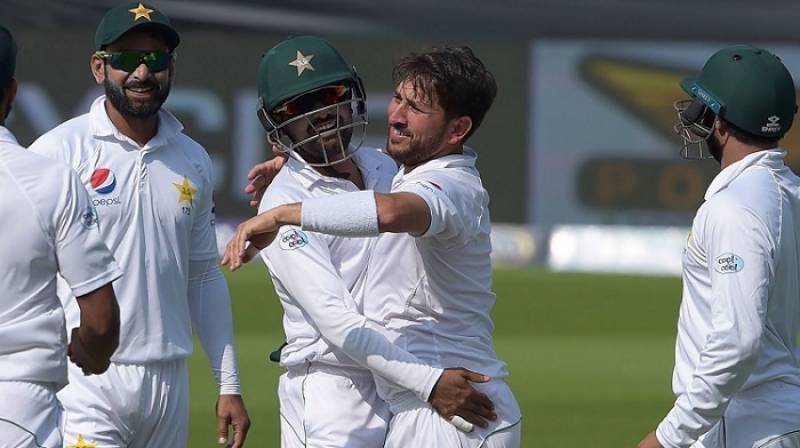 New Zealand were 141 for 2 in their second innings a short while ago on day-four of the second test after they were forced to follow-on on day-three by the hosts in Dubai.

Tom Latham and Ross Taylor started from 131 for 2 and Taylor completed his fifty who was one shy yesterday at stumps. But only after the addition of 15 runs to yesterdays 65 runs third wicket partnership, Latham was caught behind of Hasan at 50.

Yasir finished with 8 for 41 in 12.3 magical overs as New Zealand slid from 50 without loss to lose their all ten wickets with an addition of just 40 runs.

That meant New Zealand were 328 runs behind Pakistan's first innings total of 418 for 5 declared and were forced to follow-on.