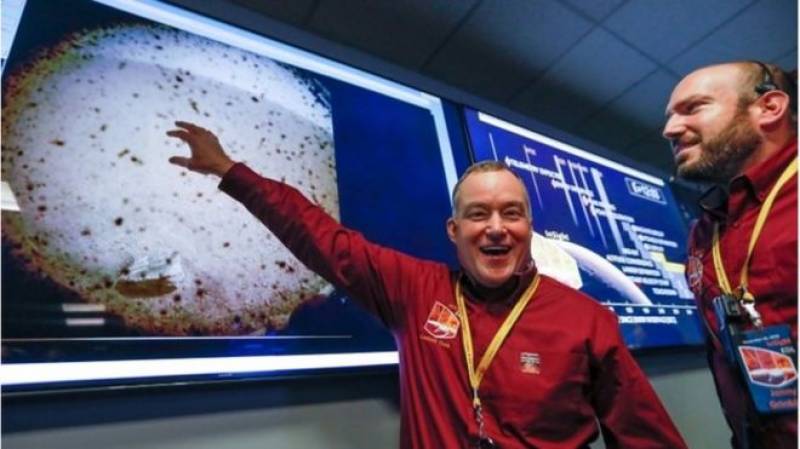 WASHINGTON - The US space agency NASA has landed a new robot on Mars after a dramatic seven-minute plunge to the surface of the Red Planet.

The InSight probe aims to study the world's deep interior, and make it the only planet - apart from Earth - that has been examined in this way.

It ended an anxious wait in which the robot radioed home a series of updates on its descent.

NASA'S mission control at California's Jet Propulsion Laboratory (JPL) erupted into cheers when it became clear InSight was safe on the ground.

The agency's chief administrator, James Bridenstine, celebrated what he called "an amazing day". President Trump had rung to offer his congratulations, he told reporters. And the director of JPL, Mike Watkins, said the success should remind everyone that "to do science we have to be bold and we have to be explorers."