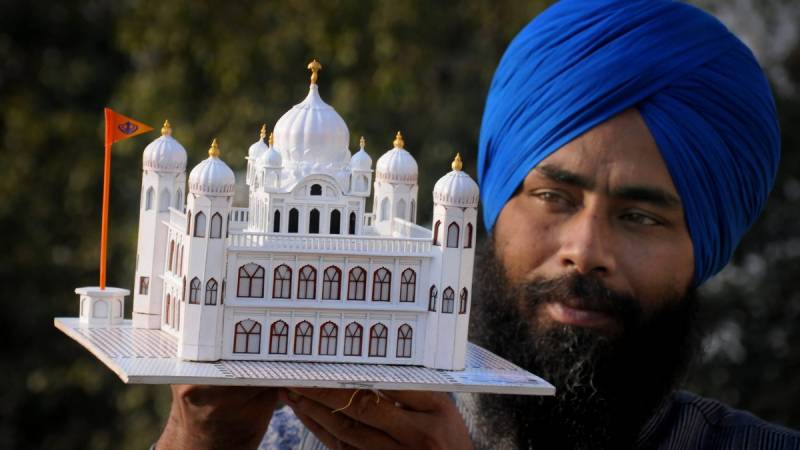 LAHORE: Punjab Governor Chaudhry Muhammad Sarwar said that opening of Kartarpur border by Prime Minister Imran Khan was a epoch-making decision and would go way in promoting bilateral ties between Pakistan and India.

Talking to a delegation comprising participants of Staff Course under the aegis of School of Artillery Noshehra here at the Governor's house, the said opening of Kartarpur border should also unlock the barriers of hearts and minds which was vital for the progress and prosperity of the region.

The delegation was led by Chief Instructor School of Artillery Brig Abdul Hamid.

Punjab Governor said the miscreants would die their natural death with the opening of Kartarpur border, adding Pakistan wanted friendly and peaceful relations with its neighbouring countries.

Sarwar said China Pakistan Economic Corridor (CPEC) was the backbone of progress in Pakistan and it would bring about prosperity in the region. Punjab Governor said 70000 innocent Pakistani had laid their lives in the war against terrorism besides heavy financial losses of 100 billion dollars.

He said the armed forces, police, intelligence agencies and 220 million Pakistanis together had defeated terrorism.

Ch Sarwar said the superpowers could not defeat Afghanistan despite availability of heavy resources at their disposal, adding regional peace was linked to peace and prosperity in Afghanistan and Pakistan condemned terrorism in all forms in the world.

Later, Punjab Governor Ch Muhammad Sarwar met a delegation of Sikh yatrees from Britain and Canada at the governor's House. The facilities provided to the visiting yatrees during their Pakistan Yatra also came under discussion during the meeting.