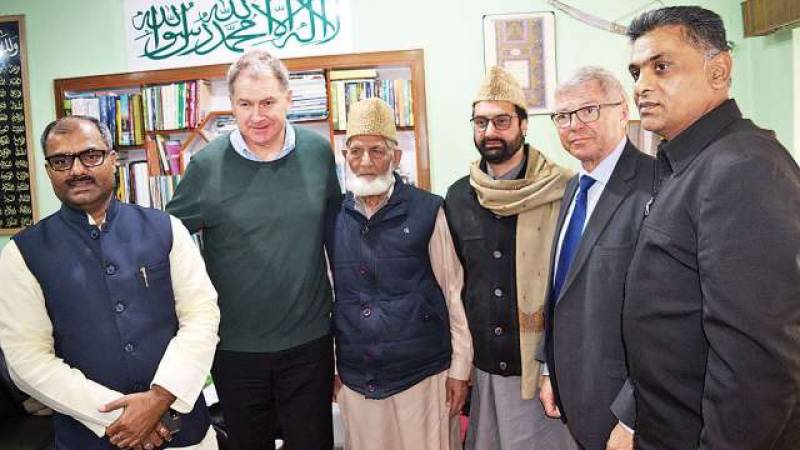 NEW DELHI - India has been irked by the Pakistan active diplomacy over Occupied Kashmir.

Former Norwegian prime minister Kjell Magne Bondevik has become the new player to embark on a 'Mission Kashmir' to break the ice on the Kashmir tangle.

"What are the Norwegians up to in Kashmir? Would either Sushma Swarajji or Dovalji care to put the visit of the former Norwegian PM to both sides of the divided state in the correct context or do we have to rely on rumours & conjecture?," tweeted Omar Abdullah, former Jammu and Kashmir chief minister and National Conference vice-president.

On November 23, Bondevik met Geelani and Mirwaiz at Hyderpora residence of Hurriyat hawk while JKLF chairman Mohammad Yasin Malik couldn't attend the meeting as he was under detention.