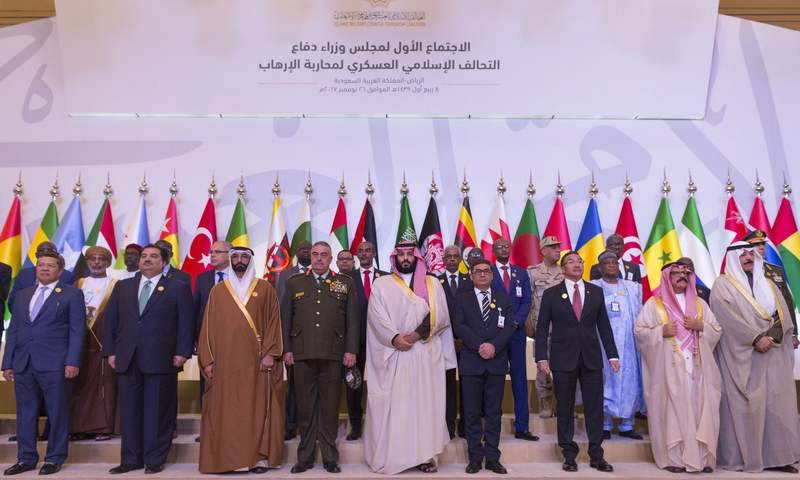 “Pakistan is ready to share its experience and capabilities in all four main domains of counter-terrorism i.e. intellectual, information, counter-financing of terrorism and military, through the forum of the Islamic Military Counter Terrorism Coalition (IMCTC), which aimed at enhancing the ability of its member states to counter the scourge of terrorism and extremism, upon their request,” the minister told participants of the First Meeting of the Defence Ministers of IMCTC in Riyadh, Saudi Arabia.

Khurram, along with a five-member delegation, attended the meeting at the invitation of the Saudi King Salman bin Abdul Aziz, said a press release issued by the defence ministry. The meeting was chaired by the Saudi Crown Prince Muhammad bin Salman.

During the meeting, the defense minister acknowledged and appreciated the efforts of the Saudi leadership in building partnerships to counter the scourge of terrorism and extremism. He outlined Pakistan’s key role in the global fight against terrorism and highlighted the continued resolve of Pakistan despite huge human and financial losses.

Khurram further showcased Pakistan’s successful counter-terrorism operations and the comprehensive National Action Plan to counter terrorism to the participating delegations, underlining the expertise and experience of the country in this field.

Reaffirming Islamabad’s historical and fraternal relations with Riyadh, the defence minister assured Saudi Arabia and the participating countries, of its support and cooperation within the mutually agreed framework of the IMCTC.