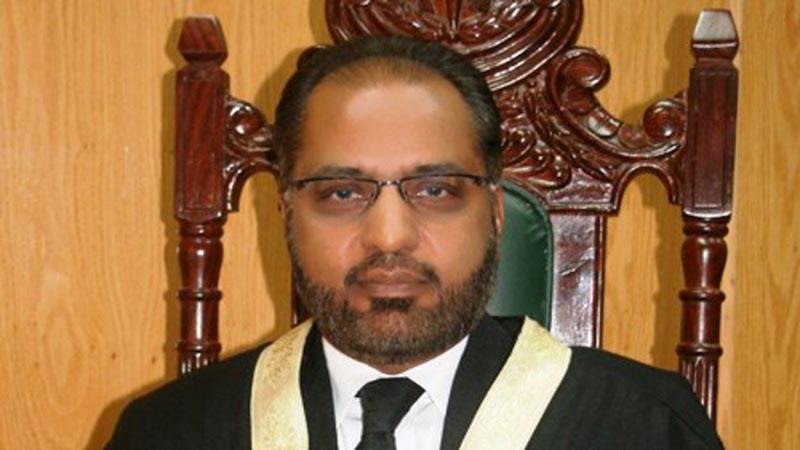 ISLAMABAD: The Islamabad High Court (IHC) Monday raised a number of objections over terms of agreement between the government and protesters and questioned the army’s role in the crisis.

In his written order, Justice Shaukat Aziz Siddiqui, noted that “Most alarming is that Maj Gen Faiz Hameed put signature as [the] one through whom [the] agreement was arrived at,” the order says.

“It is also very strange that the efforts of Gen Qamar Jawed Bajwa, Chief of Army Staff, have been acknowledged in the words: this entire agreement was reached through the efforts of the army chief and his representative team.”

The order notes that the role assumed by the army chief is “besides the Constitution and the law of the land”.

“Armed Forces being part of executive of the country cannot travel beyond its mandate bestowed upon it by the organic law of the country.”

On the matter of the abusive language used by the protesters against the judiciary, the order says that “the Federal government and the arbitrator did not bother to persuade the leadership of TLY to even tender an apology in this regard.”

“This court has serious reservations on the terms of the agreement and mannerism in which it arrived; however, the federal government has to satisfy the court about the constitutional role of Armed forces and an acknowledgement by the federal government/Executive of the country regarding role of armed forces as an arbitrator,” the order reads, calling for the attorney general to assist the court on this point.

The court has also directed the chief commissioner to submit a report regarding the Islamabad operation and “reasons for its failure”.

Further, Joint Director General of the Intelligence Bureau Anwar Ali has also been asked to submit a report detailing how the protesters gained access to guns, tear gas shells and masks.

“He shall also submit a report showing reasons of failure of operation and aid provided to protesters, when ICT Police almost cleared Faizabad Interchange.”

“It is made clear that [the] question raised by this court shall not be used as an excuse to dislodge/disburse the protesters of sit-in as order to clear Faizabad Interchange is still in field.”

The order adds that if the protesters continue their sit-in, the government and the administration are “required to persuade them to shift to the sit-in at Parade Ground.”