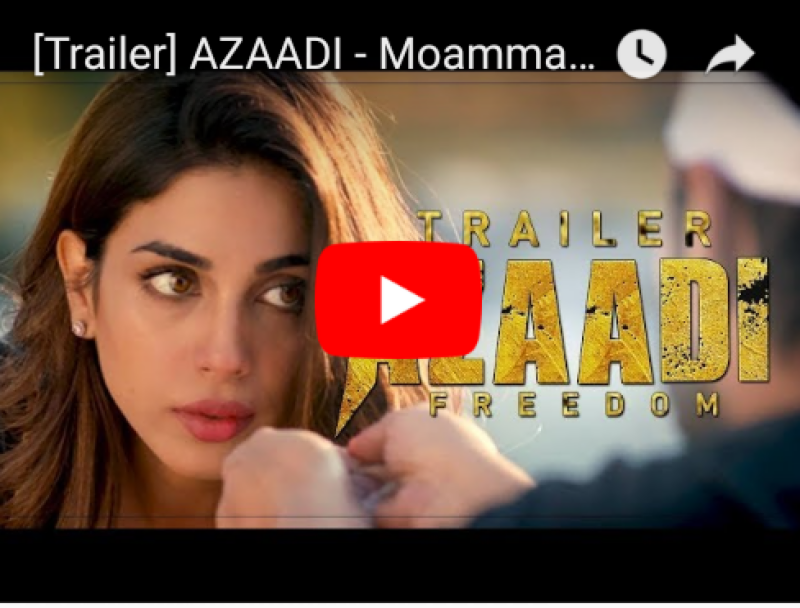 *KARACHI: The trailer for ARY Films “Azaadi” was released on Tuesday during a star-studded event at Karachi’s Nueplex Cinemas.*

As the trailer suggests, Moammar Rana plays Azaad, an educated Kashmiri who chooses fighting for Kashmir’s freedom over love, career and family.

Zara (Sonya Hussyn) is a Pakistan-origin British journalist who is madly in love with Azaad but Azaad wants to make his father’s dream (of India-Occupied Kashmir’s independence) come true and has devoted his life for the purpose.

Azaad’s foray into the world of Kashmiri youth’s freedom movement is inspired by his father’s (played by Nadeem Baig) lifelong struggle.

As Zara meets Azaad on pretext of an interview and tries to woo him back to normal life, she finds about the ugly reality of India’s occupation of Kashmir and its forces atrocities in the territory, which helps her realize the importance of Azaad’s mission.