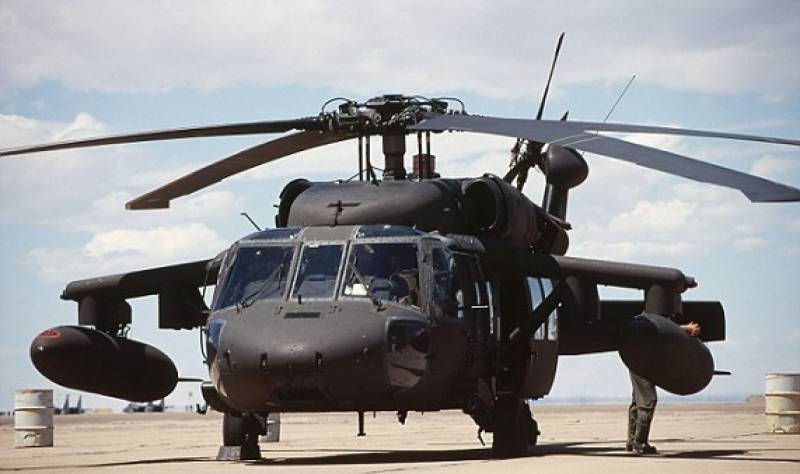 KABUL - US will handover about 20 UH-60 Black Hawks helicopters in the next nine months to the Afghan Air Force (AAF.)

AP reported that US Air Force officials said since last November 11 Black Hawk helicopters have been handed to the AAF and the process will continue.

The training of AAF pilots to fly Black Hawks is meanwhile ongoing at the Kandahar airport, AP reported.

The Pentagon has said it will replace Russian MI-17 helicopters with Black Hawks as they are better suited to the conditions in Afghanistan.

“The MI-17, that the UH-60 is going to replace, is not sustainable as a helicopter. So, what we are doing is we're giving the Afghan Air Force a sustainable, very highly capable and battle-proven helicopter that they can take forward into the fight as they continue to safeguard their country,” US Major Ted Rogers, Director of Operations 44th Air Expeditionary Advisory Squadron said.

“The important thing that our forces need in the battlefields is to be provided with timely reinforcement and equipment and the Black Hawk is the only helicopter that can reach them quickly and provide them with better support,” Lieutenant Massehullah Kakar, an Afghan Air Force pilot and UH-60 Black Hawk helicopter trainee said.

Currently AAF has 46 MI-17 Russian helicopters, which are mostly used to carry in reinforcements and to provide equipment to ground forces. Out of the 46, only 25 of them are active and the rest are not in service.

“These very same aircraft were the ones used by US forces. The importance of lift is critical to the battlefield, this is why the UH-60 Alpha is coming at such a decisive moment. We had a very good fighting season last year, we expect that the fight will continue this year and in the years to come and the UH-60 is going to be a critical element to move troops and bring casualties out of the field, a critical element in any fight,” US Colonel Armando E. Fiterre, Commander 73th Air Expeditionary Advisory group said.

In addition to UH-60 Black Hawks, other helicopters, including surveillance helicopters such as IC-208, MD 530 and A-29 helicopters, have been provided to the AAF by the US.