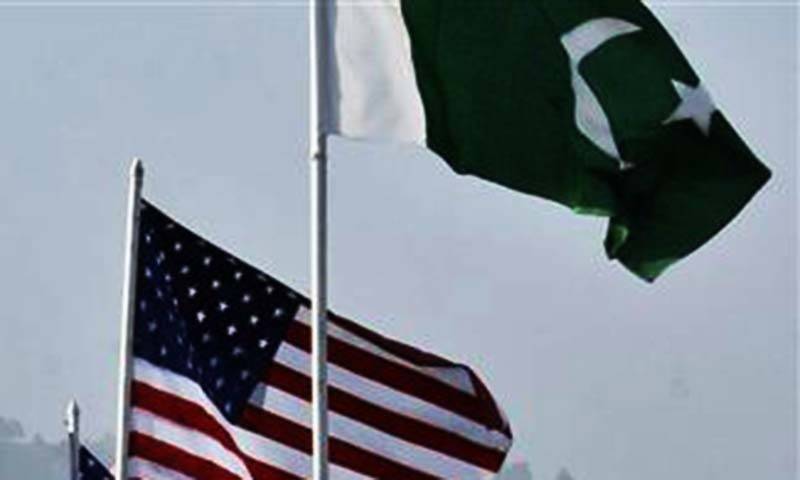 *ISLAMABAD*: A top Pakistani government official argues that the crisis in relations with the United States stems from Washington’s focus on military partnership rather than engaging Pakistan as a democracy and addressing mutual concerns, reported *Voice of America <link>* .

In an exclusive interview, Defence Minister Khurram Dastgir tells *VOA,* that as a consequence, Islamabad’s ties, have massively deepened with traditional ally China, and intense re-engagements are also bringing Pakistan closer to Russia.

Pakistan, a major recipient of military assistance as a non-NATO US ally in the now 17-year-old war in Afghanistan, has been repeatedly criticised for its alleged support for the Taliban and Haqqani Network carrying out attacks on international and Afghan forces.

In January, US President Donald Trump suspended military assistance to Islamabad on the grounds that the US had received “nothing but lies and deceit” in return. That withering attack has plunged a traditionally roller coaster bilateral relationship to historic lows.

“We are still very serious in maintaining our engagement with the United States…Unfortunately, the Trump administration has chosen to focus on the transactional part of the relationship,” Dastgir said while referring to US military assistance for counterterrorism operations.

A renewed diplomatic re-engagement with Pakistan has been underway since Trump suspended the aid but it has yet to produce desired results on the ground in terms of eliminating sanctuaries inside Pakistan, say US officials.

Dastgir says despite US adverse actions, Pakistan has not “impeded or blocked” its ground and airlines of communications being used for ferrying vital supplies to international troops in Afghanistan. But he asked whether a productive partnership with the US is still possible under the circumstances.

“You can’t have a country whom you would accuse of being deceitful and simultaneously being a major non-NATO ally. So, the contradictions in 2018 have become too large,” noted the Pakistani minister.

Dastgir rejected allegations as “illogical” that Pakistan harbours “safe havens” and cited the US military’s latest assessments that the Taliban controls or contests a large chunk of the Afghan territory.

“[Nearly] half of the country is a safe haven but your [US] focus is on remnants in Pakistan…When you don’t control 45 per cent of Afghanistan and don’t know what is going on there, who is there, who is moving in and out of that safe haven, but you keep blaming us,” he lamented.

Pakistan maintains that years of counterterrorism operations have cleared its land of all terrorist groups and in the process the country suffered more than the US, with tens of thousands of casualties caused by retaliatory militant bombings.

“That was the time when Pakistan’s democracy needed consolidation and it was at that time that the US chose to begin pulling away,” Dastgir said of the year 2013 when his Pakistan Muslim League party won the elections and took power.

The quantum of US military and economic aid had become “insignificant” by the time 2018 rolled around, he said, and explained why China has since increased its influence in Pakistan.

“China acted first and Pakistan needed support very seriously and grievously. Now that we have it five years later, we have nearly resolved the energy crisis, we have nearly resolved the terrorism crisis. So, now that people of Pakistan and the government of Pakistan, which represents the people, look back, we see China as standing with us and the US is constantly receding.”

Beijing has invested billions of dollars in the last three years under a massive cooperation deal with Islamabad, known as China-Pakistan Economic Cooperation, or CPEC. China is building infrastructure projects and power plants under CPEC.

The unprecedented Chinese investment will have added 12,000 additional megawatts of electricity in the national grid by June this year, effectively overcoming the country’s once crippling energy crisis.

Minister Dastgir called for the US to revisit its Pakistan approach for a stable and productive partnership.

“The US has not made, in our view, a serious effort to engage Pakistan as a democracy, and a democracy which has an elected government,” he insisted.

It is widely perceived that the powerful Pakistan military directly influences the foreign policy decision-making process when it comes to dealing with the US, Afghanistan and archrival India.