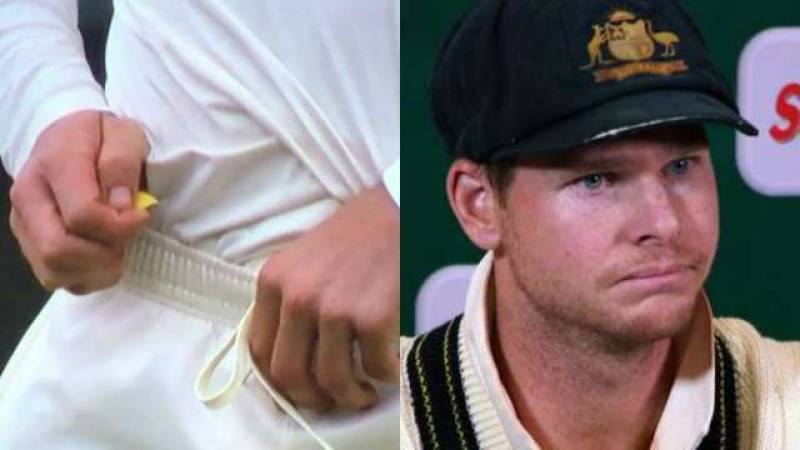 ISLAMABAD - Revelation has been made in the ball-tampering saga during the third Test between South Africa and Australia in Cape Town.

Former Proteas pacer Fanie de Villiers has said that it was on his behest that the cameramen at the Newlands Cricket Ground kept an eye out for a possibility of cheating.

Australia's Steve Smith, Cameron Bancroft and David Warner have faced consequences for their roles in the latest controversy to rock the cricketing world.

According to reports in the South African and Australian media, Fanie was convinced that the Aussies were up to some mischief. He refused to believe that the reverse swing they got in the first two Tests at Durban and Port Elizabeth were due to natural means.

“It’s impossible for the ball to get altered like that on cricket wickets where we knew there was grass on, not a Pakistani wicket where there’s cracks every centimetre.

We’re talking about a grass covered wicket where you have to do something else to alter the shape, the roughness of the ball on the one side. You have to get the one side wetter, heavier than the other side,” Fanie was quoted as saying by RSN Radio.

“Australian teams getting reverse swing before the 30th over ... they had to do something. If you use cricket ball and scratch it against a normal iron or steel gate or anything, anything steel on it, it reverse swings immediately. That’s the kind of extra alteration you need to do.’

“I said earlier on, that if they could get reverse swing in the 26th, 27th, 28th over then they’re doing something different from what everyone else does. We actually said to our cameramen ... go out (and) have a look boys. They’re using something.

They searched for an hour and a half until they saw something and then they started following (Cameron) Bancroft and they actually caught him out at the end," added Fanie.

On Monday, hosts broadcasters at Newlands also explained how they caught Bancroft red-handed. According to Alvin Naicker, the head of production at host broadcaster SuperSport and the man in the director's chair who broke one of cricket's greatest scandals, Bancroft may have got away with his now infamous attempt to alter the condition of the ball in the third Test against South Africa had he not panicked and stuffed the evidence down his trousers.