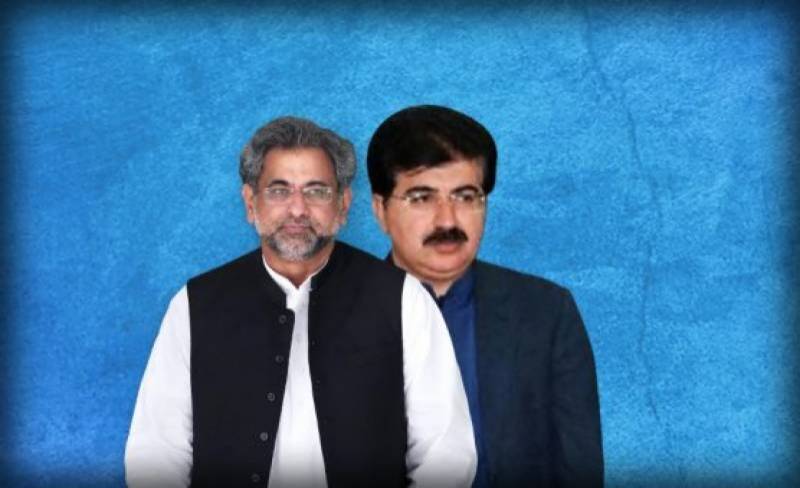 ISLAMABAD – The Senate Chairman Sadiq Sanjrani did not request scheduling of any meeting with Prime Minister Shahid Khaqan Abbasi, his spokesperson has clarified on Monday.

The official, on behalf of the Senate chairman, refuted the news aired by leading media outlets that the premier had turned down a request forwarded by Sadiq Sanjrani for a formal meeting.

‘Senate chairman neither requested any meeting nor the Senate secretariat had any communication with the PM office in this regard’ stated the official.

The spokesperson also requested the media franchises not to carry any report based on rumours, reported Waqt News.

It is noteworthy that according to multiple media reports, the newly-elected chairman had asked for a courtesy meeting with the prime minister, who had earlier declared Sajrani’s election illegal.

Reportedly, a letter was also sent to the prime minister in this regard, however, Abbasi expressed his refusal to meet Sanjrani.

Earlier, over the weekend, PM Abbasi said that the Senate chairman should be unanimous so that the Upper House of the Parliament should have respect and dignity, maintaining that Sadiq Sanjrani holds no respect as votes were bought for him.

“The faith of the senators has been purchased,” he said on Saturday while urging the members of the opposition to jointly nominate a new Senate chairman.

The prime minister was addressing the inauguration ceremony of first ever CCV cable and Aluminium Alloy Plant at Sundur Industrial Area in Lahore.

Sadiq Sanjrani – elected to Senate as an independent candidate in the March 3 election – was sworn in as Senate Chairman on March 12 after he secured 57 votes out of the total 103 cast for the seat, defeating the PML-N’s Raja Zafarul Haq, who managed to get only 46.