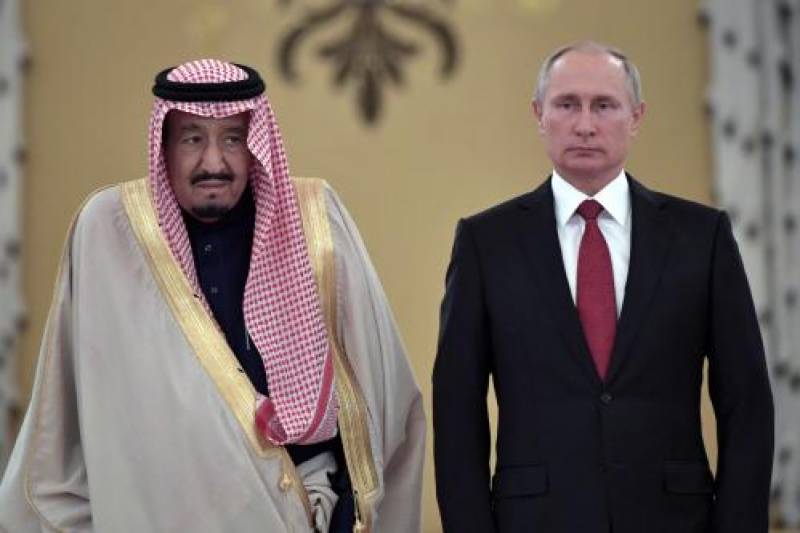 NEW YORK - Saudi Arabia and Russia are working on a historic long-term pact that could extend controls over world crude supplies by major exporters for many years to come.

Saudi Crown Prince Mohammed bin Salman told Reuters that Riyadh and Moscow were considering a longer deal to extend a short-term alliance on oil curbs that began in January 2017 after a crash in crude prices.

“We are working to shift from a year-to-year agreement to a 10-20 year agreement,” the crown prince told Reuters in an interview in New York late on Monday. “We have agreement on the big picture, but not yet on the detail.”

Russia, never a member of the Organization of Petroleum Exporting Countries, has worked alongside the 14-member cartel during previous oil gluts, but a 10-20 year deal between the two would be unprecedented.

Top OPEC producer Saudi Arabia recruited Russia and other non-OPEC countries to help drain a glut when oil prices collapsed from over $100 a barrel in 2014 to below $30 in 2016.

Crude has since recovered to $70 but fast-rising output from U.S. shale producers has capped prices.

“This is all about whether the arrangement is a short-term expedient to deal with this particular crisis in the oil market, or whether it reflects a realignment in world oil,” said oil historian Daniel Yergin, vice-chairman at consultancy IHS Markit.

“OPEC countries want to find a way to institutionalize this relationship rather than to have it be a one-shot deal.” - Agencies