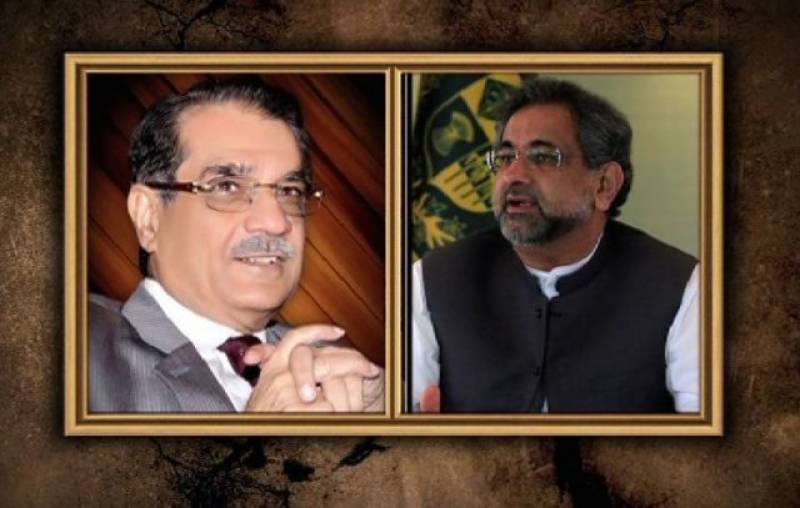 *ISLAMABAD: The official agenda of the meeting between Chief Justice Mian Saqib Nisar and PM Shahid Khaqan Abbasi has been revealed officially. *

*CJP said after his meeting with the prime minister that the judiciary would continue its work without any fear or pressure. *

The chief justice stated that the judiciary would continue to perform its duties in a transparent, responsible and independent manner.

“Judiciary will continue to play its constitutional role,” he said.

Prime Minister Shahid Khaqan Abbasi assured the chief justice of his full cooperation regarding judicial reforms in the meeting.

Prime Minister Abbasi also assured Justice Saqib Nisar of the government’s full cooperation in ensuring that swift and affordable justice is dispensed to the common man.

The prime minister informed the chief justice about FBR’s pending cases and the difficulties they posed to the government.

In response, the chief justice assured Prime Minister Abbasi that he would review pending tax cases.